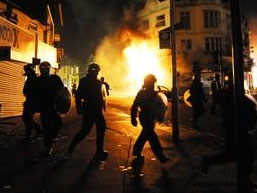 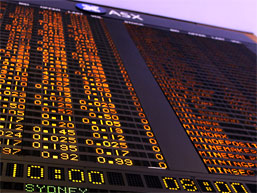 You didn’t reply to my last e-mail on 10 March 2009, but that’s OK, because I know you’re pretty busy. But most people can see this thing’s become a full-blown financial depression now, and I thought you might be more interested in what I want to suggest to you this time around.

I e-mailed you because I know you’re a mate of President Barack Obama’s, and you might convey to him this recipe for a quick exit from this collapse.

It’s all about the ONLY way to get out of it, Austan. Nothing else can possibly work, believe me. There’s much history to this effect.

President Obama needs to do a near-immediate tax shift, off producers, off workers, off exchange and thrift – and onto the rent of land and natural resources.

We’ve just had a major inquiry into tax reform here in Australia, Austan. The panel for ‘Australia’s Future Tax System’ was headed up by Treasury Secretary, Ken Henry. Henry and his panel did a great job.

The panel has come out in favour of abolishing most of our hopelessly inefficient taxes and getting significantly more rent revenue from mineral resources and from land.

The mining tax is being amended to a less effective format, but it’s going ahead. There’s to be a public meeting in Parliament House, Canberra, from 4th to 5th of October this year to see what other of Ken Henry’s panel recommendations Australia ought to employ.

That’s because, as you’ll see at this particular hyperlink, the land rent/tax has an incredibly strong pedigree.

You’ll know, as any economics text book says, Austan, the charge on land values won’t be able to be passed on in prices, and it will help to allocate our natural resources more efficiently. It will put an end to monopoly and speculation in land, virtually reversing the process that led to this financial collapse, because we’ll also be taking taxes off productivity and getting things moving again.

Such a revenue shift will give all the right signs to productivity.

We have a politician here, Barnaby Joyce, who warned us of this ‘economic Armageddon’.  I doubt, however, he’ll take it further, because it would need guts for him to take the next step and press for the implementation of Ken Henry’s reformed State land tax to get us out of this mess.

I hope you might have the gumption to do so with President Obama, Austan.