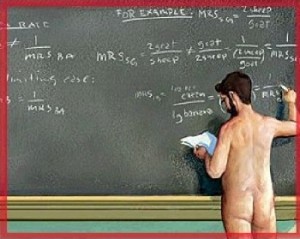 (a) “Reasons to resist the financial panic”

“Confidence and psychology play a nebulous but massive role in the real economy, as they do in financial markets. Australia long ago embraced global markets for goods and services and capital. Thus we are not immune from the turmoil wiping hundreds of billions of dollars from financial assets the world over, including some $55 billion here in several hours yesterday.

….. But there are fundamental reasons, too, why Australians ought to have greater confidence than is suggested by the plunge in the local sharemarket. Our economy is not shackled by debt. Nor is it highly taxed relative to other industrialised nations. The federal budget is headed towards surplus. This is the result of prudent public policy over the past quarter of a century. ….“

Oh, good, the government’s doing fine, but what about the astronomical level of debt Australian households are carrying (and trying, with mixed success, to reduce)?  Generated, of course, by record land prices and, yes, by respective governments’  excessive taxation! That private debt doesn’t rate a mention, Mr Editor? Isn’t the fact that the Australian public doesn’t have a dollar to spend just a little bit worrying, you great pillock!

As for the “prudent public policy” of both Liberal and Labor governments presiding happily over the reduction of Australians’ real wages and their spending into a real estate bubble of $2.8 trillion between 1999 and 2010 ….! This includes some $805 billion we are somehow going to have to manage writing off, by the way.

Australia’s position is, in fact, far WORSE than anywhere else in the world, Mr Editor, whilst you, are off in la la land, away with the fairies!

Oh, I get it! Maybe making soothing noises will patch over the structural financial mess that surrounds us! Fat chance!

“While Europe and the United States are struggling, our budget deficit isn’t particularly big and our level of government debt is laughingly small, writes Ross Gittins.

Is it possible for a country that’s the envy of the developed world to talk itself into a recession? I don’t know. But it seems we’re about to find out.   …. Mining boom (blah blah) …. Pay rises are few (blah blah) …. Not  because the media are putting a negative spin on all the news, reveling in the bad news and forgetting to mention the good.“

Now, Ross, please tell me you’re not a neo-liberal economist; a blinkered high priest for the status quo?

You didn’t write THE AGE editorial, did you. Ross?

Hey! Fairy stories some other time, you guys! Australia meanwhile has a serious structural problem of household debt with which we have to contend!

THE AGE can be much more forensic.  It can surely do much better than that sort of crud.

One thought on “TODAY’S “AGE” MUST BE HAVING US ON?”