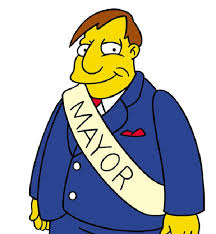 Municipal councils shouldn’t be granting favours to the holders of vacant or underutilised land, but in the state of Victoria they most certainly do. Victorian councils appear to have sold out to speculators. So much so that one begins to wonder whether cash actually changes hands, or whether it’s due to some other form of political pressure wealthy landholders apply to Victorian councils.

Surely it couldn’t be a matter of municipal councillors’ ignorance?

Is this another reason Victoria or, more particularly Melbourne, remains the hub for Australian speculators?

Although Australia’s two other main east coast states, New South Wales and Queensland, base their municipal rates on vacant land values–so as not to have the tendency to discourage development and redevelopment, nor reward the holders of vacant or underutilised land–Victorian legislation didn’t allow this until 1920. Until then, Victoria had been firmly ensconced on the net annual value (NAV) rating system which assesses the rental value of properties as improved.

Between 1920 and the early 1990s, municipalities containing half the population of Victoria chose to switch from NAV rating in order to operate under the site value (SV) rating system. The Land Values Research Group studied all these municipal changes to SV rating which were either introduced by councils themselves or by a poll of ratepayers. It found rates based on unimproved land value (UCV)–now site value (SV)–to be the fairest and most efficient way to raise local government revenue and to encourage underutilised land back into use.

In every case where a municipality switched from NAV to SV rating, it was accompanied by a sharp increase in applications for building permits in comparison to those Victorian municipalities which chose to remain on NAV rating – even when the change in the rating system was made during a period of recession. LVRG studies to this effect were later confirmed by an independent research visit to Victoria by Professor Kenneth Lusht from Penn State University, although he did find the initial growth spurt was not maintained over the longer term. The latter was a quite reasonable conclusion.

The Kennett Victorian Liberal government effectively pulled the plug on the site value rating system in the 1990s by offering vicarious incentives to those municipalities which changed to the new capital improved value (CIV) rating system which, similar to NAV rating, takes the value of improvements into account. One is inclined to wonder at whose behest other than speculators this was, because, when offered a vote on the matter, Victorian ratepayers had usually favoured SV. Though a few SV councils held out for a time after the introduction of CIV rating, the inducements were such that all Victorian municipalities again now rate on improved values, effectively giving rates breaks to vacant and underutilised land. Instead of applying SV rating, a few councils have since tried to react by applying penalty charges to long held vacant sites: this is surely a second-best option?

But neither is it all quiet on the New South Wales and Queensland front these days. Although wealthy landed interests in those states failed to overthrow the underlying system of rating on vacant land values, they have discovered a method whereby the effects of SV can be thwarted. Few ratepayesrs seem to have cottoned onto the trick du jour, ‘minimum rates’. Minimum rates means that a number of lower-valued properties pay the same minimum rate: that is, they no longer pay an ad valorem charge against the value of their land.

The situation has got to the stage where some councils actually boast that they have “80% per cent of our ratepayers on minimum rates” as though this is a good thing, when it effectively means the 80% of ratepayers with lesser-valued lands are therefore subsidising the 20% with the most valuable land.  [!] This defeats the very rationale of the SV rating base and is a more subtle way of applying something close to a poll tax. Incidentally, it hasn’t induced similar riots to those in England in 1990 when Margaret Thatcher attempted to introduce the poll tax. Surely this has been a nice trick played on ratepayers by vested real estate interests?

The crassness and lack of principle in raising revenue at local government level in Australia appears to know no bounds.