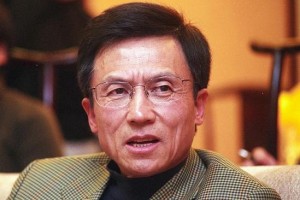 On Davos, The Wall Street Journal reports:  “The most alarmist commentary on Friday morning came from Xu Xiaonian, a professor at the China-Europe International Business School.”

“State capitalism is not something new. When Bismarck invented this idea in 1870 it gave Germany impressive performance over the main superpower of the time, Great Britain,” he said. “But 20 years later, it was the First World War.”

Otto von Bismarck’s model was replicated by other Asian nations before China, including Singapore and Japan, Mr. Xu said. While it can deliver dramatic results in GDP growth over the short–term, he identified three major flaws: inefficiency, as resources are misallocated; inequality, as state champions earn ‘monopoly rents’ and squeeze out independent competitors; and instability in the long-run.”

Indeed.  I’ve speculated on how  World War I may have been avoided had the British aristocracy not broken with tradition to block the Peoples’ Budget of 1909 and seen ‘a good  war’ as a way to damage both Germany’s increasing industrial supremacy and any further thoughts of instituting a British land tax.

And, of course, it’s always interesting to conjecture that no WWI, nor therefore impossible first world war reparation expectations of Germany, and we almost certainly would not have seen the inevitable rise of a Hitler.

So, I trust David Cameron’s Tories won’t manufacture another war with Germany or anyone else if the British people rightly come to see a land tax still offers a remedy for their economic inefficiency, misallocation of resources and societal inequality and instability brought  about by the rentier class.

Unfortunately, although the USA once had a proud history on land tax, the British aristocracy has always seen to it that it will be it– certainly not the people–who will capture Britain’s publicly-generated land rents.