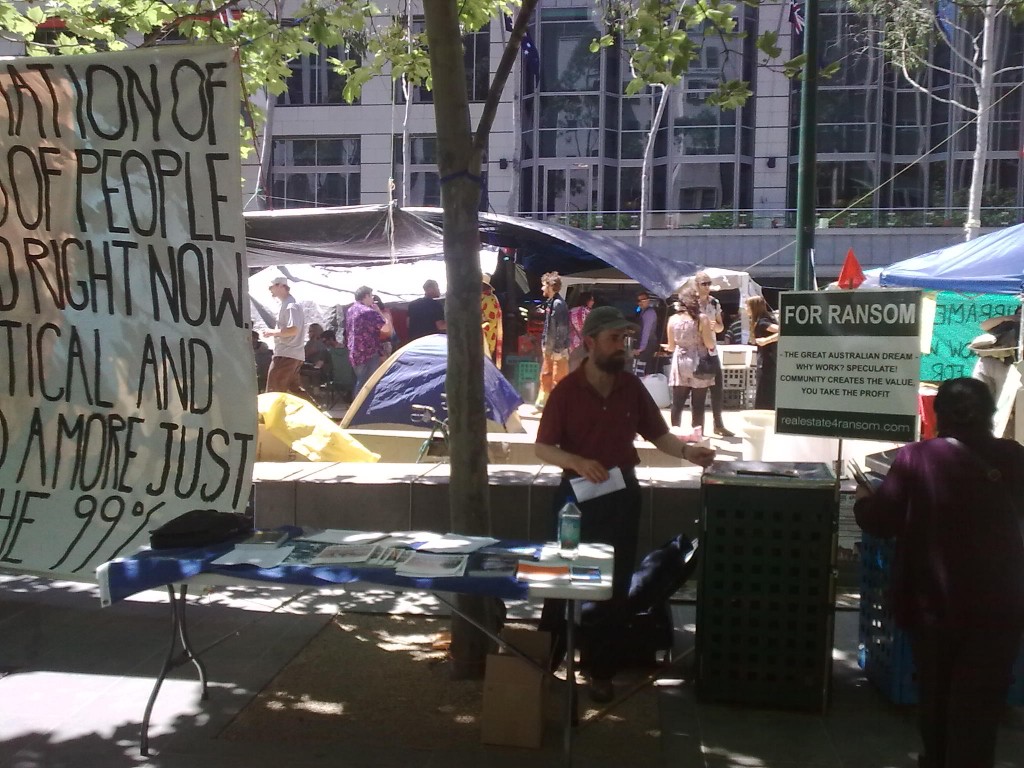 I WENT ALONG TODAY to “Occupy Melbourne”, with Karl Fitzgerald and the Prosper Australia team who’ve been there regularly.

What a great spirit was happening at the City Square!

Let some of the mainstream accuse the “Occupy” movement of this or that, but I was incredibly impressed and encouraged.

To those people bemused about what we’re on about when we’re clearly not as badly off in Australia as people in the USA, Ireland, Greece, Italy … etc.,  (yet), I would simply ask is it necessary to implode fully before we start to challenge the arrant nonsense that delivers Australians’ common wealth to rent-seeking parasites, whilst the 99% pays taxes on its comings and goings?

A great day, with a number of passers-by and inquirers agreeing that Prosper Australia and others at the City Square have much to recommend their ideas.

My day was surprisingly topped off for me when Alex’s groovy little band of musos gave the microphone to Karl Fitzgerald who then proceeded to do an incredible five minute rap on E-CON-O-MISTS.  And didn’t the crowd love it! Hidden talents, no longer, K2!

Good luck guys! The Melbourne City Council has been good so far.  I trust the Queen’s visit doesn’t have Lord Mayor Robert Doyle move in on you.

One thought on “OCCUPY MELBOURNE”