I wrote about Anzac Day this time last year and have previously touched on the shocking genesis of WWI.  WWII, in turn, was the entirely logical result of overlying the 1930s depression on top of Germany’s impossible WWI reparations.

The Treaty of Versailles denied Germany the lebensraum she needed, both in terms of debt and of territory, but the post-WWII Marshall Plan removed some of Germany’s shackles.

It does not exaggerate to say that with a proper revenue system in place neither WWI nor WWII would have been fought.

Many people favour moving Australia Day from 26 January, the day celebrating the arrival of the first fleet at Sydney Cove in 1788, which seems at best a secondary reason for our indigenous people to celebrate.

Australia Day should be shifted to the day on which Australians learn to stand on their hind legs against the plutocrats who send us to war for nefarious purposes, and whom we have allowed to design our landholder-friendly/production-hostile tax regime.

The date of Australia Day should be the day on which we legislate to introduce a single rate charge on all Australian land values as our major source of revenue.

That’s really worth celebrating. It would be the day on which all Australians discovered true democracy; on which they freed themselves from arbitrary taxation and high prices, and which provided the revenue base most directly assisting to remove the need for wars fought over land, debt and territory. 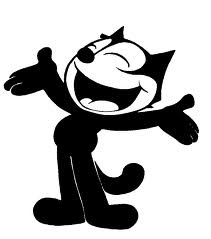