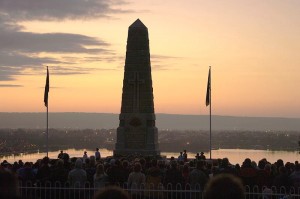 ANZAC is the acronym for the Australian and New Zealand Army Corps. Today is the day Australians and New Zealanders pause to honour their countrymen who went to war: those who died tragically, and those who did not, but returned carrying the physical and psychological scars.

Anzac day now remembers men and women who served Australia and New Zealand in all theatres of war since World War I, but the original Anzacs were those who fought and were defeated by the Turks at Gallipoli in 1915.

Winston Churchill was the UK’s Liberal Party’s minister for the navy during WWI.  He had fallen out with Admiral Sir “Jackie” Fisher, believing he could force a passage through the Dardanelles without the assistance of the army.  He was proven disastrously wrong.

Although they had worked well together in preparing a powerful naval force, Churchill and Fisher had something of ‘a history’ going back to 1910.  Here’s the background:-

As a member of the aristocracy himself, Churchill had seen that the powers that be in England and Germany were both spoiling for war on various imperial fronts.

Together with Liberal Prime Minister, Herbert Asquith, and Chancellor of the Exchequer, David Lloyd George, Churchill believed that war would be averted if Britain could put people into employment and re-establish its former industrial supremacy over Germany.  Accordingly, the 1910 People’s Budget would assist this aim whilst making the rich contribute their fair share to the public coffers. The government was to introduce a land tax.

Whilst announcement of a tax on land values was greeted with joy by Britain’s workers, it was greeted with alarm by the upper class.  It had to be defeated at any cost, but how to do so when this government was so popular?

Why, call the Liberals’ patriotism into question, of course!

Under Jackie Fisher, the Admiralty had sought six new Dreadnought battleships. When Treasury under Lloyd George elected to provide only four, an insistent and increasingly more popular chant went up: “We want eight and we won’t wait!”, to which the government was eventually forced to accede.  War was thus ensured.

Churchill knew well of Jackie Fisher’s surreptitious involvement in the plot devised by the conservatives and the aristocracy. Fisher no doubt justified himself by believing he was looking to the best interests of the navy.

Out beyond the deathly machinations of power and privilege, there is beauty and valour to be found amongst lives lived at the margins.  Today, Anzac Day celebrates some of these people. 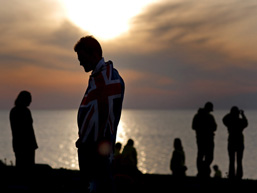