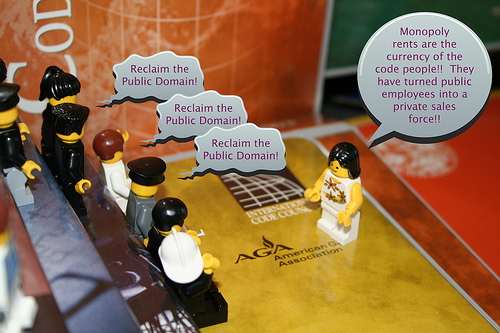 This is THE great opportunity to minimize the damage that’s going to occur when the Australia’s real estate bubble bursts and our banks are left exposed like shags on a rock shortly.

To what extent will the government slash taxation and capture our publicly-generated land and resource rents? Will the Rudd federal government seize the opportunity, or will Kevin Rudd backslide again?

Leaks suggest the Henry review panel has recommended that ‘negative gearing’ be abolished. That’s good, because that’s where some taxpayers have historically been roped into helping finance other taxpayers real estate ‘investments’. [!]  As negative gearing has also acted to escalate the prices of homes, but not necessarily their real values, it will be a boon to first homebuyers should the hearsay prove accurate.

It’s also said that a federal resource rent tax has been recommended for mineral extraction.  Such a ‘super profits’ tax, i.e. resource rent, might be resisted by the mining industry but if it is, our miners can expect a hard time from Australians increasingly cognisant of the fact that we’ve been short-changed, done in the eye, for far too long: we need a fairer share of resource rents to find its way back at long last into Australia’s coffers.

When a business run as a ‘going concern’ is leased to a tenant (i.e. both the freehold and the business), it is not uncommon for net profit before income tax and depreciation to be split approximately 50/50 as between the landlord and the tenant as rent and profit, respectively. It is beyond time that a similar arrangement came into existence for mining, because existing state mineral royalties are risible: ten cents a tonne to the government insults Australians to whom the natural resources belong.  Miners need to recognise this partnership with the Australian people.

Company tax on mining companies would need to be abolished, of course, and the sum of state royalties and the federal resource rent should not exceed 50% of the adjusted net profit, or the mining companies WOULD then have something about which to complain.

Ken Henry’s recommendations went forward to the Rudd government in December 2009, reportedly with a recommendation for a federal land tax.

Even the Property Council of Australia (PCA) has come out in support of a federal land tax which would reform state land taxes, with their dog’s breakfast of exemptions, thresholds, multiple rates and aggregation provisions, etc.  Maybe the Land Values Research Group’s website introductory page influenced the PCA?  It shows that EVERYBODY benefits from public capture of land rent and concomitantly reduced taxes.

But has the recommendation for a federal land tax gone missing, because it has been reported that Prime Minister Rudd and Treasurer Swan actually required Ken Henry to review some of his own panel’s recommendations.[!]

Er, with a view of removing what, exactly, Kevin and Wayne …?