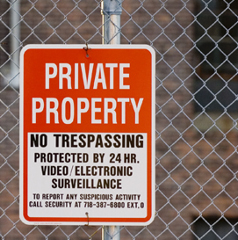 The fudging together of land and private property has been the parasites’ coup of all coups.  Poverty, dispossession and criminal activity stem from this hoax.

Although a site may indeed be possessed exclusively upon payment of its rent, all the great philosophers have insisted that up-front capitalised payment should not be used to commute the obligation to pay the annual rent for exclusive possession of a piece of land. Even freehold titleowners were expected to pay their ‘quit rents’.

Indeed, an owner of a property (from the Middle English ‘owerner’) was once the person who owed the rent.

“Once, natural resources were fully used for the benefit of all, and not appropriated for selfish ends. This was the age of the Great Commonwealth of peace and prosperity.”   Confucius  551 – 479 BC

“The land shall not be sold in perpetuity, for the land is mine.”  Leviticus 25:23

“Equity therefore does not permit property in land.…. Observe now the dilemma to which this leads. Supposing the entire habitable globe to be so inclosed, it follows that if the landowners have a valid right to its surface, all who are not landowners have no right at all to its surface.”  Social Statics: The Right to Land – Herbert Spencer

“It is vain in a country whose great fund is land to hope to lay the publick charge on anything else; there at last it will terminate.”  Some Considerations of the Lowering of Interest – John Locke

We’re having this economic depression because we’ve been convinced by non-productive rent-seeking leeches that day is night – that land is indeed “private property”.

The chicanery that allows people to protest that they have no further obligation once they’ve paid for a piece of land leads directly to the super wealthy stealing from the earnings of the poor. Incredibly, the wealthy, the middle class, the poor, the churches, the law, and those who claim to support freedom, have come to sanctify the social and economic idiocy that this fallacy entails.

If we accept the falsehood that the property tax, rates, land tax or the economic rent of land should NOT be captured for the common wealth, we paint ourselves into a corner from which revenues must then be derived from taxing private production, thrift and employment – and thereby inflating recurrent real estate bubbles.

This mindset, into which much of the world has morphed, turns on its head what throughout history has constituted private property. Was not private property once the earnings produced from one’s toil? How was it ever deemed acceptable for the state to steal from people’s earned incomes except through this, the world’s greatest con job?

Those who consider land to be “private property”, and believe land-based revenues should be reduced or even abolished, no doubt also go about their daily affairs ignorant of what exactly has caused this collapse of the world’s financial systems.

Might I suggest that Ponzi schemes are secondary in their crassness only to the notion that land has somehow morphed into “private property”?

From this, it follows that the first line in any Bill of Rights must lay down the community’s responsibility to collect the rent, so that individuals aren’t taxed.

Two verses that usually go missing from Woody Guthrie’s “This Land is Your Land”:-

As I went walking, I saw a sign there

But on the other side, it didn’t say nothing

That side was made for you and me.

In the squares of the city, in the shadow of the steeple

By the relief office, I saw my people

If this land was made for you and me.