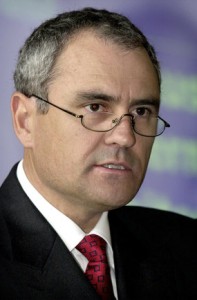 Of the 1500 or so submissions to the Henry Review of the taxation system (‘Australia’s Future Tax System’), there were only Prosper Australia’s, the Associations for Good Government (NSW & ACT), the Land Values Research Group’s, my own and a handful of others that dared to show how existing taxes and the failure to collect Australia’s land rent have put a gaping hole in the revenue bucket.

Why didn’t other submissions declare what is really patently clear: that the Global Financial Crisis arose from tax systems which foster land monopoly, land speculation and the withholding of land from the market?

Why has it become a political ‘no-no’ to acknowledge this fact: that by permitting the privatisation of the common wealth – the public’s rent – we allowed production and employment to diminish because we inflated real estate bubbles, the likes of which the world hasn’t seen before?

Why did so many other submissions to Australia’s Future Tax System self-seek, rather than advocate the common good? Why did they not declare that the tax system is sending economically and socially damaging signals? Ignorance? Corruption?

How is it that the various churches and religions have settled for replacing freedom and economic justice with taxation, wage-slavery and charity? (I guess the same question might be asked of scientists and atheists?) 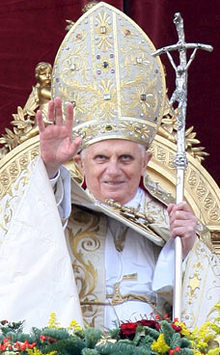 Benedict’s 2009 encyclical Charity in Truth tells us that two criteria should govern moral action: justice and the common good. Social coexistence, he says, calls us to a charity informed by truth.

The truth, dear Pope Benedict, is that the Church has become a willing partner to those landed interests who exploit the poor and the middle class – and it must address this shameful error.

Religious commentators and other churches who might differ from sentiments in Charity in Truth have nevertheless become similarly corrupted by the same forces of power and privilege, preferring to involve themselves in charity and social welfare, rather than working to abolish poverty by taking the path of economic truth and distributional justice. 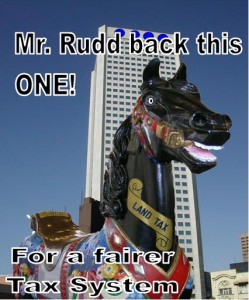 Church bodies’ sins of omission in this regard were glaringly obvious in the submissions to ‘Australia’s Future Tax System’.

A church and public mindset that overlooks the economic and biblical fundamentals also exerts enormous pressure on Ken Henry’s tax review panel to do the same. The Rudd government seems to expect nothing less, because it has thrown much of its resources into maintaining Australia’s real estate bubble.

Is this not the ultimate corruption?