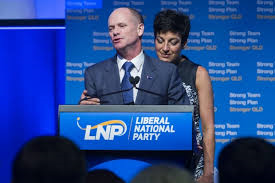 The incredible turn-around in voting preferences in Queensland over the last three years, from an enormous vote in favour the Liberal and National Party to a record reversal to Labor yesterday, is typical of the volatility being witnessed around the world in recent times such as also in the recent election in Greece.

Queenslanders obviously didn’t want their public assets to be sold off (or rented) to ‘remedy’ State debt, and the Greeks didn’t like the austerity to which they’ve been shackled to pay off their public debts.   Governments bail out banks and pump-prime the economy, then point to the debt the public is expected to pay before the economy has improved.

There is a common cause underlying all the current volatility.

Most people realise they are being dudded by the political system, but they don’t understand the mechanism that steals from them as it delivers a swag of wealth to the 0.01%.

It’s rotten tax systems: regimes designed by the 0.01% and put into practice by unwitting and often complicit politicians.

Too few people are aware of the damaging role of taxation as they jump from one political party to another in the hope of relief from financial distress, but their hope becomes dashed when no party is willing to tackle the problem at its root seriously.

One hundred years ago, the people of Australia, still suffering from the shocking excesses of the 1880s property bubble, and the economic depression that followed it, decided to set up a federal land tax and to establish a new capital city on the basis of a scheme that, renting its land, would delimit and forestall property speculation.  Today, except for the Henry Tax Review, Australians  are miles away from this sort of insightful realisation. We appear to have retrogressed in our understanding of where we’ve become socially and financially misdirected.

The federal land tax was repealed in the 1950s, and in the 1970s Canberra’s leasehold system was defeated, both by same sort of self-interested disinformation provided by the forces that today claim we need to extend the Goods and Services Tax – just another tax on the people who can least afford it. (The GST was going to put an end to tax avoidance ….. remember?)

Political volatility usually means people feel they are being misled by their politicians and are missing out financially.

They’re quite right, but they can no longer pinpoint disastrous tax regimes as the reason why.

2 thoughts on “POLITICAL VOLATILITY – FROM TWEEDLEDEE TO TWEEDLEDUM”