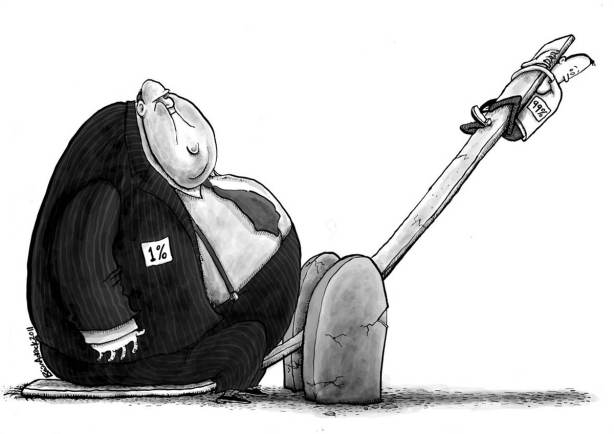 The New South Wales Independent Commission Against Corruption (ICAC) is being run into the ground dealing with high-level crime in the state, whether it be union heavies stealing members’ funds, corrupt deals between members of the Labor Party, or private/public partnerships (PPP) seeking to privatise natural monopolies such as water supply, and bribing members of both Labor and Liberal parties to secure self-interested ends.

The corruption isn’t contained within New South Wales (NSW), of course. And let’s not simply get tied up with all the personalities involved, because there is principle involved. What’s happening is indicative of a malady taking hold in Australia in the name of ‘privatisation’ and ‘private enterprise’.

Today, few people accept the principle that provision of natural monopoly services such as roads, freeways, railways, water, gas, electricity and the airwaves must be run publicly, whilst all else ought to be private enterprise. We’ve been brainwashed to believe that government has little other than a regulatory role in such matters.

The Australian Water Holdings (AWH) affair should be salutary. This was a PPP that partially privatised water. The NSW government was grossly overcharged for AWH’s services, and part of the ill-gotten proceeds was used to bribe parliamentarians to further AWH’s interests.

1. When there are public economic rents to be had, watch out! When individual politicians or political parties can make a dollar out of privatising these rents, watch out!  Parasitic leeches are waiting.

2. There is clearly an enormous amount of patronage and crime being generated out of political donations in Australia. The parties ought be publicly funded and private donations banned.

3. PPPs ought also be banned, and natural monopolies must come back into public ownership.

4. There is no place for anyone but the public capturing Australia’s economic rents.