Talking about frank analyses of bank bubbles, I was just watching Alan Kohler with ANZ Bank’s Mike Smith on the topic on the ABC’s “Inside Business” this morning.

Desultory conversation skirted around the point of a banking bubble and, after touching upon Australian banks’ high P/E ratios and ROEs relative to other banks, the ever-urbane ANZ boss mentioned we’ve been relying on central bank monetary policy because fiscal policy is failing. He then faced Kohler’s final question which brought him back to the topic: “Will it come to an end?”

“It will come to an end …. with a degree of pain”, Smith responded.

You been at the truth pills, Mike? Westpac’s Gail Kelly was truer to bankster form when the same question had been put to her elsewhere. She simply obfuscated.

All those dollars and nothing to do with them, huh, guys?

The bubble burst is coming, and it’s coming fast. High Australian dollar? I wouldn’t bet on it staying there! 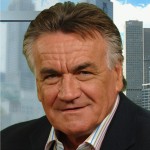 Understanding the above might assist to solve a paradox that seemed to elude Barrie Cassidy in the ABC’s preceding program “Insiders”.

When polled, people strongly favour the fibre-to-the-home NBN, the NDIS and the recommendations of the Gonski Report.

However, when the question includes Julia Gillard or the government’s implementation of the NBN, the NDIS and Gonski, the popularity for these programs seems to fall away substantially. It’s an understatement to say the minority government is on the nose.

And, if you haven’t noticed, Barrie, the swinging voter has been doing it very hard – along with many of the limpets attached to the Lib/Labs who won’t change their vote. He or she has taken out a mortgage on a new or updated home, taken the credit card up to its limits, and still the bills continue mount. It’s a real worry! And it must be the government’s fault!

Debtload is apparently all the government’s fault. Those of us with excessive debt rarely blame ourselves for our own stupidity with the banking parasites.

Trust this solves your polling conundrum, Barrie? Problem-solving’s my game.

3 thoughts on “OF BANK BUBBLES AND VOTERS”