Of course, the main example of entitlement is the manner in which landlords across much of the world continue to capture the publicly-generated annual rent of land. Increasingly privately captured (because politicians run scared of the landlord lobby), land rents therefore became capitalised into gigantic real estate bubbles across much of the western world.

Even worse, however, the Australian property lobby not only claims land taxes which might keep a lid on these bubbles is unfair, but also argues buying second, third, or fourth properties, etc., should be subsidised by taxpayers, via negatively geared tax arrangements.

Renters and average homeowners can’t do this, so it’s simply a privilege granted by governments.

Nor can Joe Sixpack recover every dollar he’s ever paid in taxation by means of the uplift in his total land values as many of the wealthy are able to do. If the way our tax system encourages this rent-seeking mentality hasn’t come to be seen as an entitlement for the elite, just try to get rid of it, as Prosper Australia has tried to do!

Don Edgar is correct.  It is indeed the wealthy who have developed the greater mendicant mentality and written those ‘entitlements’ into our tax laws. 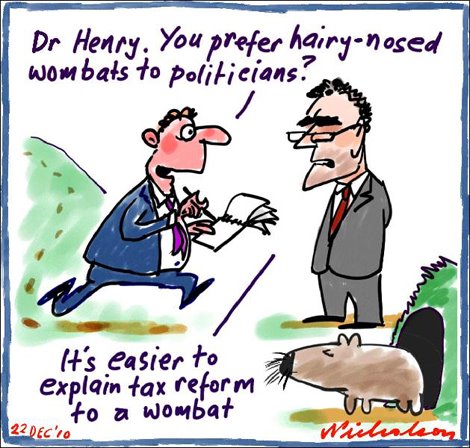 One thought on “WHO REALLY BELIEVES THEY ARE ‘ENTITLED’, JOE HOCKEY?”