Something happens when like-minded people get together in groups. Their IQs halve. If the most obvious fact put by an outsider challenges the group’s mindset, the interloper should be set upon and duly removed by the group’s designated attack dogs. The status quo must be preserved.

LEAVING THE ‘CON’ IN ‘CONFIDENCE’

No matter what happened that brought about this economic downturn, economists certainly weren’t to blame.  How could they have been? Nobody could possibly have foreseen this coming.

The one or two blowhards, such as Steve Keen and Bryan Kavanagh, who ‘foresaw’ household debt and real estate prices levels to be ‘impossible’ are only publicity-seekers. What were they trying to do? Destroy confidence in the economy? They ought to know that a mountain of debt is a house of cards that will collapse if anyone does the wrong thing!

Access Economics has played a more respectable part throughout. Chris Richardson patiently and simply says nice things about the economy. There’s no harm him talking possible recession once everybody’s onto that possibility. And that’s the way it has to be if people are to maintain their confidence in finance, insurance and real estate – sometimes called the ‘FIRE’ sector.

We can let economists take a shot at the percentage increase in next year’s GDP, or the overnight cash rate that might apply this time next year, but that’s just a nice guessing game. However, anyone who claims to see dark clouds on the economic horizon must be called exactly what they are: imposters; fraudsters. 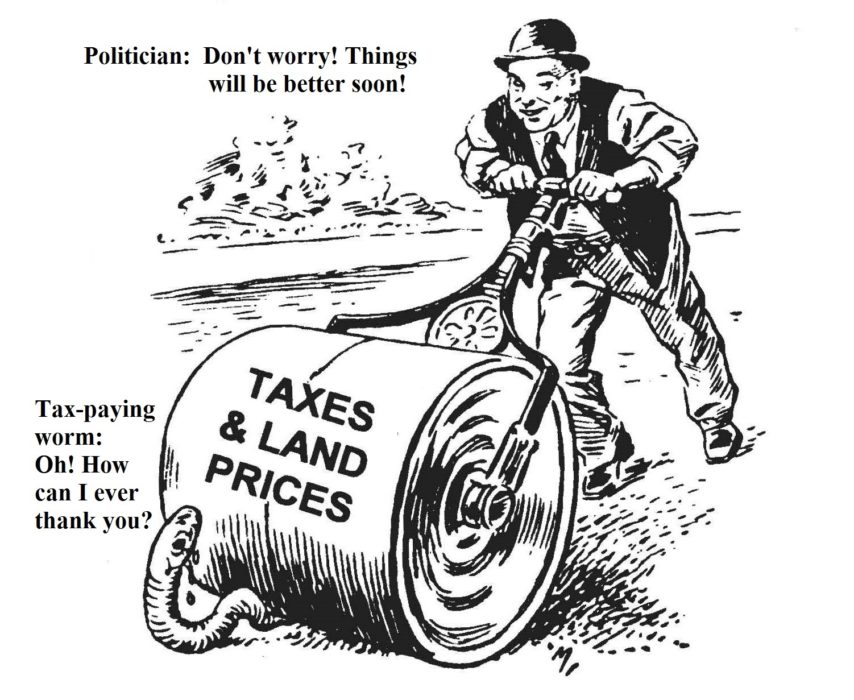 The two major political parties stand as models. They may seem to be at odds as they cut each other to shreds, but they still honour group rules. Neither major party will support any major economic ‘reform’ because that will only give the other side leverage for criticism – and that will scare the horses!

There’s no good reason it shouldn’t be a common tactic to accuse the other side of putting the wind up people. Clearly, much of society is too fragile to have truth thrust upon them, so placatory and reassuring statements about preserving the economic status quo must be the order of the day!

That doesn’t mean that politicians can’t try to sound smart. George W Bush Republicans who governed during the build-up of the subprime crisis and oversaw CDOs and CDSs sweeping across the financial landscape are now gifted to see exactly where Barack Obama is making his mistakes.

Similarly, Malcolm Turnbull has been endowed with clever economic insights apparently unavailable to Peter Costello as he presided over developing Australia’s real estate bubble. Rudd’s throwing cash at people provides no lasting legacy, opines Turnbull. People aren’t spending it, they’re simply saving it, or paying off mortgages, says he. To think that economists once believed that savings equated to investment, and investment was once highly regarded! And no, of course people shouldn’t try to pay off their mortgages, Malcolm!

It’s right that Kevin Rudd and Wayne Swan don’t accuse Peter Costello of failing to deal with the residential real estate bubble he allowed to develop from 2000, because they (quite correctly) also turned a blind eye to so-called ‘rampant’ residential investment. You should never interfere with happenings in the real estate market!

Politicians are only our representatives, anyhow; they’re not trained professional Treasury economists, and Treasury and the RBA certiantly won’t advise them to abolish real estate bubbles! Clearly, it’s the job of politicians to look and sound extremely busy and concerned as they flit overseas seeking ‘global solutions’.

Our shock jocks on the radio also have an important part to play in seeing that the economy stays pretty well the way it is. Let them scare people witless about any proposed change. That’s what keeping the economy as it is and retaining confidence is all about, isn’t it?

It’s no good bailing out big business, these people say, if the community hasn’t a dollar to spend on those businesses. And, we should simply allow the unrepayable debt to be written off inside what they say has been a profligate FIRE sector! Profligate?! Finance, insurance and real estate is the heart and soul of the economy, yet these idiots say it’s only a service sector we’ve put on a pedestal! What nonsense!

Then, as we prepare to bail out our major banks, they impudently confront us with: “Why should we bail out banks, instead of focusing on creating effective demand by slashing taxes?” Purveyors of this sort of nonsense used to be tarred and feathered and sent out of town on a rail! Although we’ve do have to support failed major institutions for confidence’s sake, this mustn’t be extended to small business. And don’t fall for the one about most business activity outside the FIRE sector being the real economy!

Crackpot ‘seers’ have gone about as far as they should be allowed to go. It’s quite obvious that manufacturing and real wealth creation has long ago been driven offshore to where there’s tax breaks and cheap land, so who wants to cut taxes and capture land rents here now, anyway? The horse has bolted!

We’ve got to accept that the whole system is now geared to penalise labour and capital and reward property rorts. That’s what we’re good at! So, it’s only an idiot, someone outside the mainstream, who would want to interfere with this set-up! What sort of chaos would that create! Society’s norms are not to be interfered with, because this is what we know and understand.

So, how should governments tweak this minor economic downturn? Why, they should use their economists, of course! Especially those who presided over the downturn, because they’ve been close to what happened. They’re the experts …. they, and their economic models!