I trust Greece does what’s necessary and defaults on her impossible debt, instead of shackling present AND future generations in vain attempts to repay it.  [Isn’t it fortunate Greek debt is secured by credit default swaps?]

Events in Greece and Europe have acted to distract us from the US and UK, both turned into no lesser basket cases than Greece by their own particular brand of land price bubbles.  [Luckily, they have plenty of credit default swaps to secure their position, too!  🙂  So, what’s the fuss?]

Whilst the Republican Party demonstrates the inadequacies of its proposed leadership, Barack Obama casts about mindlessly for economic solutions. He has a suspicion that taxes are at the root of things—that the US rich have not been paying their fair share—but hasn’t a clue that keeping taxation AND land prices low is the key to returning the US to economic health.

There’s one way, and one way only, that can be done – but nobody’s addressing it.

Many in the US are looking for a recovery in land prices to lead the US out of its financial predicament.  For more than 20 years Japan has demonstrated this will most certainly fail.

When rapidly-inflating land prices bubbles have been the problem, wouldn’t you think keeping a brake on land prices might figure in any rational solution?  But no, it’s to be anything BUT this: it’s all about paying back banks, bailing them out, if necessary, for having failed their Risk Management 101.

Capitalism is surely all about letting failed companies go to the wall; letting them be resurrected, if possible, by some entrepreneur at x cents in the dollar. But not with banks. Amazingly, they are the exception. They are permitted to privatise their profits and socialise their losses–via taxpayers under perverse tax regimes–under the guise of being  ‘too big to fail’.  What rot!  What self-seeking nonsense!

Seems the Federal Reserve Bank of Cleveland has more than a hint of what’s gone wrong, but no doubt it will fail to see land-based revenues (instead of taxes) to be the solution:- 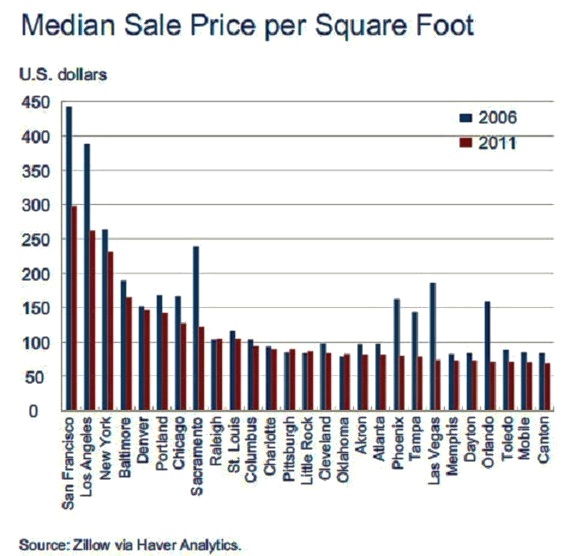 One thought on “REMEMBER WHAT GOT US HERE, AND LET’S ADDRESS IT!”