The cause of this recession? Economic pundits ignoring history’s voice

As long as factional interests like bankers or economists override common sense, there will be another crash. 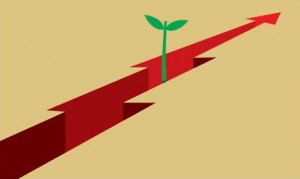 The Queen, reported the Daily Mail, was wearing a speckled cream suit and matching hat. Her Majesty was at the London School of Economics, listening to a professor, Luis Garicano, talk about the credit crunch. “It’s awful,” she said suddenly. “Why did nobody see it coming?”

For three years I have pondered the Queen’s question, and the answer. (LSE was institutionally flummoxed; a year later, it gave her a waffly reply, that “everyone thought they were doing the right thing,” and that “wishful thinking was combined with hubris”.) It resurfaced last Tuesday with the publication of the Financial Services Authority report into its own conduct of the 2008 collapse of RBS and the attendant chaos. It is like expecting the Cosa Nostra to investigate the mafia. We are all sinners, ruminated the FSA, and need forgiveness, but no one was really to blame. It is a rough old world.

Had the banking fiasco been a Russian invasion, nuclear meltdown or outbreak of plague, every expert would have faced inquisition, damning or being damned. Soldiers would have been cashiered and scientists ruined; doctors would have choked, blaming government cuts. Yet from the profession of economics and its gilded acolytes in the City, nothing but silence. The Queen’s question remains on the table, its acid quietly eating into the woodwork.

The world economy is in a mess. At such times we take refuge in familiarity and choose metaphors that fit our prejudices. Last week we either opted for the slow lane of Europe’s great future, or carefully declined a luxury berth on the Titanic. Britain was a dog slinking miserably from the top table, or walking proud into the sunset.

I prefer to seize the apron strings of history, following a series of articles in the New York Review of Books by the American Nobel economist Paul Krugman. For two years he and his colleague, Robin Wells, have been seeking to set current economic woes in the context of the past. They have studied previous crashes and distilled what was ordered at the time by such pundits as Keynes and Friedman. From the cliff of economic history, Krugman hacked nuggets of wisdom, many sane, most alarming. They should be wrapped in vellum and delivered to Buckingham Palace.

A year ago Krugman wrote up Reinhart and Rogoff’s history of financial crashes – with the ironic title, This Time Is Different. Every crash was unpredictable because everyone thought it was unlike the last one – until found in crucial respects to be the same. Then came Jeff Madrick’s The Age of Greed, with its eerie narrative of how each crash since the war had been worse than the one before and nobody noticed, and Roubini and Mihm’s Crisis Economics – with Krugman admitting “outrage fatigue” amid a crescendo of gloom.

At each turn the financial gurus assert that a recession will be temporary and “different”. Over the past two years each prediction, including from Britain’s Office for National Statistics, has been wildly optimistic. Mathematical models have proved as useless to economics as leeches and blisters once were to medicine. As Krugman notes, whatever the evil tidings, “things have turned out considerably worse … and are running fairly close to the historical norm”.

The western world is in the grip not of a blip or retrenchment, but of “the second great contraction” of modern times. It matches that of the Great Depression of the 1930s, out of which the west climbed only with the spending spree of Hitler’s war. Its roots lay in the same cause, a speculative bubble (this time in housing) linked to reckless bank lending to individuals and states. That lending concealed wide imbalances between national economies.

The fact that no remedy has seemed to work has had remarkably little impact on policy. During the Depression Milton Friedman’s call for an increase in money supply proved ineffective when that increase was merely hoarded by stricken banks. Thus pumping up the banks is exactly what the Bank of England is doing today: to the same minimal effect.

Likewise in the 1920s and 1930s governments that forced national budgets into balance through austerity saved their banks, but exacerbated stagnation and slump. Krugman accepts that deficit finance is more acceptable today than in the 30s, but it is as yet insufficient to stimulate real growth. Equally disastrous was forcing nations to sustain overvalued currencies in deference to the gold standard. Yet the EU is still trying to shackle the weaker European states to an overvalued currency.

There are lessons in smaller crashes, such as the 1982-3 boom in Latin American debt, the Swedish crash of 1991, or the 1997 downturn in the so-called Asian tiger economies. Latin America descended into depression and hyperinflation. Japan has yet to recover. Some things worked. Korea rescued itself by halving the value of its currency, leading to an export-led boom. Sweden nationalised, divided and recapitalised its banks.

Krugman holds strongly to the thesis that indebtedness is no enemy of growth, as creditworthy Britain showed for much of the 20th century. The task for government is to make the trade-off: how much credit to risk for how much growth. The argument between George Osborne and Ed Balls is old as the hills. Now that Osborne has established his bona fides on the credit front, the message of history is probably tilting Balls’s way, towards more aggressive stimulants to demand.

The question is not what history says but who is listening. The relaxation of global regulation in the 1980s arose from the influence over government of a profession that was becoming both rich and arrogant. Bankers paid lobbyists and courted politicians. Their influence is vividly narrated in Madrick’s Age of Greed, as they moved their lending into sovereign debt on the thesis that “countries don’t go out of business” and were “too big to fail”. It was a phrase they deftly applied to themselves when disaster struck.

This week Britain’s bankers likewise persuaded David Cameron that “the national interest” required a refusal to accept or even participate in a new regulatory regime, despite such a regime being palpably needed. The same lobby resisted pressure to reduce bonuses, erect Chinese walls or adopt the recent Vickers report on bank restructuring. History is clear: as long as sectional interest overrides prudence or common sense, there is another crash.

This repeats the awful lesson offered by Seymour Hersh in his book, The Target is Destroyed. Describing events after the Russians accidentally shot down a Korean airliner in 1983, Hersh accused Washington of refusing to believe its own clear intelligence that the shooting was in error. In the grip of the cold war, the most sophisticated surveillance on earth was useless because no one wanted to believe it. Reagan’s White House needed an excuse to hurl threats at Moscow. The message of economic history is similar. It can scream as loud as it likes, but if power is not listening it might as well be mute.