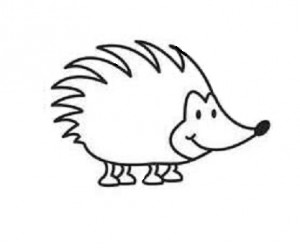 I’m a ‘Johnny One Note’ about the rent of our natural resources, because it’s the most important area on which the modern economist can most easily be proven to be completely misguided and wrong.

Yet it is to high level modern economists that the world’s nations entrust the levers that govern our daily lives.

Economic rent is deemed to be so unimportant by today’s neo-classical economist that he’s told he might just roll it in with the return to capital. Though it requires the suspension of disbelief, he’s been educated to say there’s no essential difference between nature and anything man-made.

Like watching a young child poking a piece of metal into an electrical power point with approval, this mistruth has long been an accident waiting to happen. And now it’s happening in spades as unemployment increases around the world.

As economies collapse like dominoes, the worthlessness of the likes of US presidential advisers Alan Greenspan, Ben Bernanke, Henry Paulsen, and Timothy Geithner has been exposed for all to see, and the ineffectiveness of the economic advice being given to European leaders is now also being questioned – for good reason.

These economists, mules packing a library as Henry George called them, didn’t know about, or else hid from the public’s gaze, how the privatisation of natural resource rents—owed equally to all the people—has impoverished all but the parasitical rent-seeking one per cent.

So, yes, I consider economic rent is very important.

As I’ve also played a small part in assessing the quantum of Australia’s land rent, I’ve accepted the burden of trying to get this overlooked truth out there.

There’s more work to be done in the area of quantifying land rent, but I’ve little doubt that in most other countries it’s similar to Australia’s, that is, some thirty per cent of the economy, and that natural resource rents other than land–including mineral, fishing, forestry, spectrum and flight path rents–would bring it close to fifty per cent.

Fifty per cent of the economy!  Yet neo-classically-trained economists can clot together, look you in the eye, and try to tell you it’s only from one to four per cent.  That lie explains why we are where we are.

I think that’s amazing enough to go on about.  I guess I’m a hedgehog.