Land Supply and Housing Affordability: Where do the Homeless fit in?

The evidence on housing evictions just given by Ken Fernandes demonstrates that the dispossessed don’t fit in at all. The poor have no political clout, so they don’t really matter. It’s that simple.

Homelessness is evidence of a corrupt system in any country, whether in countries of the first, second or third worlds. 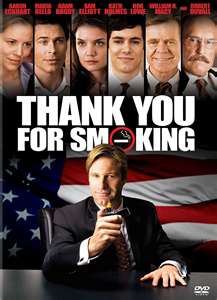 In connection with housing affordability, interestingly, the recent movie “Thank you for smoking” has more than a hint of an effective response to homelessness when Nick Naylor, the successful anti-hero lobbyist for the tobacco industry justifies what he does for a living when he says:-

Would this not make a home more affordable?

So, if we took the whole $9000 pa each year, the site’s price would theoretically drop to zero.

And, of course, landlords do not ‘supply’ land – it’s a natural resource.

We used to capture more publicly-generated rent before Gough Whitlam decided to halve council rates at the outset of the 1970s and fund this reduction from federal revenues. A gigantic land bubble had burst during Whitlam’s prime ministership, creating a recession. “It was caused by property taxes and succession duties!” cried the landlord lobby.

So, State probate tax and federal estate duty were duly abolished (led by Joh Bjelke Petersen in Queensland) during what remained of the 1970s.

With these incentives – coupled to those of negative gearing – the green light was given to rampant speculation. And this, of course, has impacted negatively on land ‘supply’ and affordability.

Much the same process which inflated land prices was legislated by most of the western world, exemplified by California’s ‘Proposition 13’ which put a ceiling on the property tax in 1978.

The supply of suitably zoned residential land does affect price to a minor extent, but I find myself at odds with the Institute for Public Affairs’ Alan Moran, whose The Tragedy of Planning argues that greater land release by Australian State governments, as in the US cities such as St Louis, Houston, Dallas and Atlanta is the necessary public policy response to housing affordability.  It’s not.

It may not be coincidental that those cities have experienced far greater than average US crime rates, due in no small part to soulless, unplanned expansion.

Inside a bubble, things have a habit of getting distorted. You even start to believe governments when they say ‘The economy is in great shape!’

People don’t bother to save. “We are asset rich and can borrow more”. [Up go land prices!]

Housing equity withdrawal, or re-financing, went berserk in Australia, then in US, between 2000-2004 as the bubble in land prices was used to purchase even more residential real estate. Even people on modest means believed they, too, could become landlords. [Pity about productivity!]

The ‘wealth effect’ of a bubble has a powerful influence. Australians even believe that Peter Costello, who has presided over the greatest residential property bubble in our history, is a good Treasurer!

Thus, a credit spree has funded history’s greatest bubble in land prices – whilst the gap between rich and poor, and dispossession and homelessness, has grown.

As they say in the classics: “It’s pathological tax systems – not land supply, stupid!”

If you’re still having difficulty getting your head around the concept of economic rent, this new video cartoon will help you.