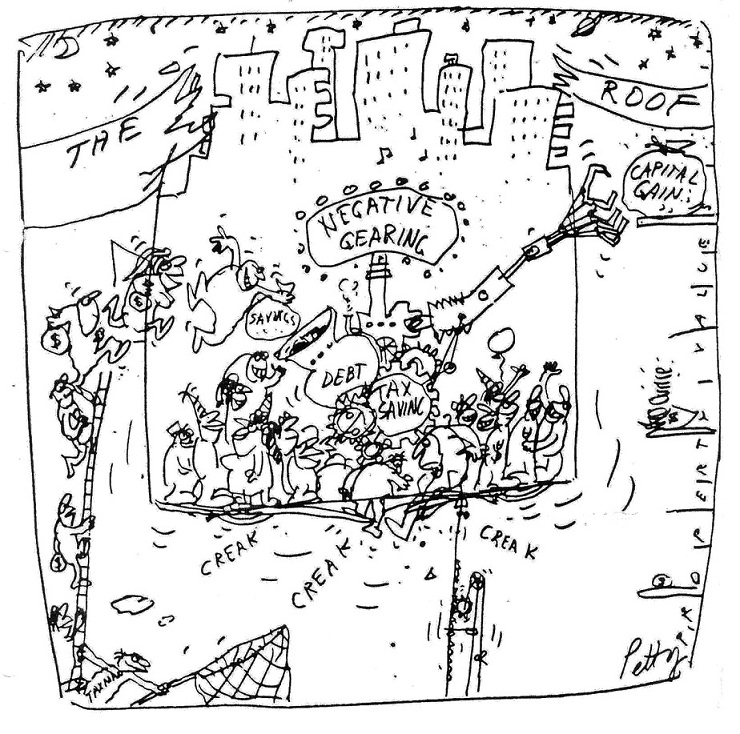 IT OCCURS to me that both the rioters in Greece and the protesters taking part in “Occupy Wall Street” have a point.  It’s too glib to dismiss them out of hand as socialists or “lefties”.

Joseph Stiglitz noted in a Vanity Fair article that one percent of the US captures as much as one quarter of its national income, “an inequality even the wealthy will come to regret.”

Paul Krugman has also come out sympathetically in The New York Times: “The way to understand all of this is to realize that it’s part of a broader syndrome, in which wealthy Americans who benefit hugely from a system rigged in their favor react with hysteria to anyone who points out just how rigged the system is.”

Although Prime Minister David Cameron sees English rioters, looters and trouble makers simply as criminals, a more thorough examination is likely to discover civil strife to be an inevitable outcome of poorly distributed wealth also in the UK.

The ninety-nine percent is indeed being constantly robbed by the “one percent”, but what exactly is the mechanism that channels wealth from its creators to the wealthy?

Wall Street’s in double trouble, because even the Ayn Randian right lays the problem on its doorstep. The banks provided too much credit to non credit-worthy people, it suggests.

In this connection, Friedrich Hayek’s thesis that excessive credit expansion is a precursor to economic depression has much to commend it, but my respect for the Austrian school of economics ends about there. It can see little or no scope for government ownership of natural monopolies.

Nor, in its brain-dead opposition to anything relating to society as a whole, does the libertarian right see a case for socialising the community-generated economic rent of natural resources, including land. People and companies may own all the land they choose, without having to pay anything like its annual rent to the community. This, they rabidly claim, would be communitarian; socialistic.

Only a handful of libertarians, seeing how such a stance conflicts with the principles of freedom, advocate merging with the Georgist school of economics. (See also Georgism)

And there’s the rub. Is not the economic rent of land and natural resources indeed the common wealth?

As we capture insufficient land rent by way of municipal rates, we have no real market in land, no true property market. Land may simply be held off the market without penalty. It will neither rust, decay nor become obsolete, and – as the price of a piece of land is simply the private capitalization of that part of its rent not captured for public revenue – recent history has guaranteed a profit if it is held idle until a land-hungry community will pay its ransom.

Since the outset of the 1970s, we’ve captured less and less land rent for public revenue, so why would people not set their caps for the increasing capital gains to be had in real estate, unless there were a market-based incentive to sell? People will tend to obey the polity’s tax regime signals.

We must live and work somewhere, and if properties are held underdeveloped or vacant without having to pay their annual value to the public purse, their prices will be bid up into unsustainable bubbles such as we’ve recently experienced, and we’ll be forced to extend the urban sprawl into our hinterlands.

As we’re beginning to discover, the calamitous financial bill must eventually be paid for this tax-induced misbehaviour.

Meanwhile, Wall Street continues to print money to save the US from economic depression whilst, alternatively, Europe prescribes sackcloth and ashes for errant Ireland, Greece and others.

Both approaches are doomed to fail.

There’s an altogether different remedy that will work, but which nobody is seriously investigating. It reverses the process that got us to this point.

First, debt that can’t be repaid, won’t be repaid, so banks must write back their assets to non-bubble inflated market prices. They oughtn’t have accepted bubble-inflated real estate prices as loan collateral in the first instance, and, having done so, shouldn’t seek to dispossess borrowers who can’t meet their originally impossible repayment arrangements. Loans must be adjusted accordingly. Banks that fail as a result will undoubtedly be purchased after due diligence is undertaken on their true asset values.

Secondly, tax regimes should switch from taxing ‘goods’ to taxing ‘bads’ as soon as practicable, in order to resuscitate foundering economies. This involves capturing more and more economic rent from land and natural resource use, and less and less from taxes on labour and capital.

This is the only real recipe for successfully addressing collapsing markets and civil unrest, but I’m not confident bankers and politicians are willing to listen to the voices in the street.

They seem to have a preference for the one percent.

i.e. The taxation paid by the uber wealthy is more than recovered by their privatising  of the public’s rent