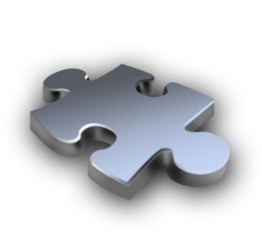 I’ve often heard people say replacing taxes with a land ‘tax’ (more properly a land rent) sounds “very feudal”, as though it’s a bad thing. You can tell by their tone that it is said in a demeaning way.

Yes, it is feudal, after all the feu was the land charge, but we might remember that wages have never again  been as high as they were in the fifteenth century and the first part of the sixteenth, and:

“Under the feudal system the greater part of public expenses was defrayed from the rent of land, and the landholders had to do the fighting or bear its cost. Had this system been continued, England, for instance, would to-day have had no public debt.

And it is safe to say that her people and the world would have been saved those unnecessary and cruel wars in which English blood and treasure have been wasted.  But by the institution of indirect taxes and public debts the great landholders were enabled to throw off on the people at large the burdens which constituted the condition on which they held their lands, and to throw them off in such a way that those on whom they rested, though they might feel the pressure, could not tell from whence it came.

Thus it was that the holding of land was insidiously changed from a trust into an individual possession, and the masses stripped of the first and most important of the rights of man.

The institution of public debts, like the institution of private property in land, rests upon the preposterous assumption that one generation may bind another generation.”     – Henry George, Social Problems, Chapter XVI ‘Public Debts and Indirect Taxation’

Public capture of the public’s rent, even though also mandated in the Bible to be the greatest of human rights, has gone missing from all bills of rights, so that a small number of super wealthy parasitical landowners are now able to pass their responsibilities off onto the rest of us.

We are even sometimes heard to argue in favour of these rent-thieves, derogatorily asserting that land taxes are ‘feudal’. Somebody has done a Goebbels-like job of disinformation.

How stupid have we become?

We believe we are at knowledge’s leading edge but have actually retrogressed into a new dark age in economics. We can communicate instantly with colleagues, family and friends around the world, but haven’t yet fathomed the truth about an economics that can hold civilisation together.

So, as world financial systems go out the back door, having confounded the modern neoclassical economist, the study of classical economics beckons us to re-discover economic rent [economic what?!] and to re-distinguish earned from unearned incomes.

In order to lift the veil on all this ignorance, let’s provide some Australian data:

In 2010, Australia’s publicly-generated land rent was $370 billion, but we chose to fine labour and capital $300 billion for working, and captured only $32 billion of this natural revenue source.

No prizes for guessing which 1% of the population received the greater part of the $338 billion that went uncollected, or why we’re descending into another economic depression.