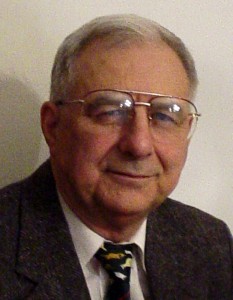 I put property-tax cappers in the same category as flat-Earthers. It’s troubling that we have policy shapers who understand so little of land economics. That other states—with disastrous results like California’s Proposition 13—have gone down this path is no reason for New York to drive off a cliff too.

When we realize that the property tax is really separate taxes on land and on buildings, each with its own very different dynamics, we’ll better be able to address an alternative. Buildings are a stock—a thing—that depreciates just like a car or a computer, and penalizes owners that improve their property. Land has a flow of value that economists call “rent,” or sometimes ground rent. One can no more cap the flow of rent than one can stop gravity. If one caps the part of rent taken in taxes, it leaves more to flow through the land sites into private pockets.

Sure, the Legislature can enact a tax cap, but this will create more problems than it solves. In Shakespeare’s Henry IV, Glendower boasts, “I can call spirits from the vasty deep.” To which Hotspur answers, “Why, so can I, or so can any man; But will they come when you do call for them?” The property-tax cap or a circuit-breaker proposal is an equally hollow boast: We can cap the tax burden, but land values will increase, which only disrupts real-estate markets and development further, just when we need them most.

Rent flow reflects the vitality of the economy and is stifled when that wealth is frozen in land sites, which are as much as half the total real estate value in a locality. What we really need is as much turnover in wealth as we can get, not locking it up in land wasted as slums, parking space and vacant lots.

Recently, in The Atlantic, conservative writer and the New America Foundation’s Reihan Salam asked, “What if the problem isn’t the property tax at all but rather, well, all other taxes? In 1879, Henry George . . . found it perverse that we tax productive activities like work and innovative investment while letting landowners grow rich simply because they scooped up property at the right time. . . . When you tax income, aren’t you punishing people for working hard? But when you tax an asset like land, you’re simply encouraging the most valuable use of that land. . . . Simply put, the better you govern, the more valuable the property. The more valuable the property, the more revenue you raise.”

There are solutions, tried and true: The first is to un-tax buildings altogether and remove the penalty it imposes on people who improve or maintain their property. Most residential parcels pay less, and underused and vacant parcels in high-value urban cores pay more, providing an incentive to develop. That reverses sprawl and fosters urban revitalization, without throwing precious public dollars at the problem. Another is to have taxes paid in increments rather than in a yearly lump sum.

The third part is to give households the option of deferring their tax burden until they sell. Then they pay up with interest what they rightfully owe and don’t shift their burden onto others unfairly. Twenty- four states do this in some way.

The value of land is due not to what any landowner does—often they don’t even live in the area—but what the total community does. The increase in value is a windfall gain often called the “unearned increment.” Since that value is socially created wealth, it follows that it’s the rightful source of public revenue, and we should recapture its flow rather than tax people’s work and products which they’ve earned with brain and brawn.

A land value tax fits best all textbook principles (as well as actual practice) of solid tax theory: It is “neutral,” meaning it doesn’t interfere in market choices; it is efficient in not damping vitality; it is progressive as it can’t be shifted to tenants. It is easy to administer, simple and stable.

There’s a reason why so many nations, as well as some places in the United States, are now looking anew at taxing land value.

Bill Batt, a political scientist, has worked as a university professor and a policy analyst for the New York State Legislature.  He serves on the board of the Center for the Study of Economics, and the executive committee of the London-based International Union for Land Value Taxation. More at urbantools.org