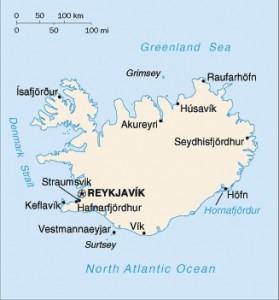 David McWilliams has just provided a fine analysis of Ireland’s financial plight.
I commented on it:-

David says: “… we are being excluded from the bond market not because we might default on bank debt but because we won’t!”

When will the big boys learn that for Ireland and Greece to succeed financially, they must select the route chosen by Iceland?

For the sake of the world financial collapses we are about to experience (yes, including the so-called “strong” Australian economy) the term “the Icelandic option” should immediately graduate into common usage.

Of course, all countries can’t default on their international debt yet, but I agree with David McWilliams that it’s time Ireland and Greece chose to do so.

This would resolve the uncertainty, hanging like the sword of Damocles over Ireland and Greece, in the same manner Michael Hudson observes it’s been resolved for millennia. It’s only bank handmaidens Enda Kenny and George Papandreou that stand in the way.

Ireland and Greece must select the Icelandic option, because debt that can’t be repaid, won’t be repaid, no matter how the banks might try to tell us otherwise as they seek to shackle us, for decades, to their sins.