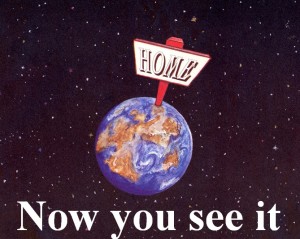 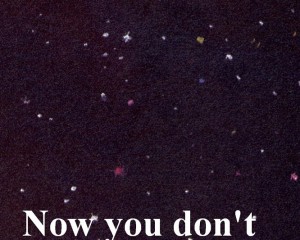 The modern economist is a great illusionist. He makes the planet, territory (over which wars are fought), land (from which every product is made) disappear. As a result, presidents and prime ministers, their economic high priests in tow, have become lost souls.

British writer and economist Fred Harrison, who forecast the global collapse, confirms their mastery of the art of magic with the following observations:-

The Queen could not be told the truth

When the Queen of England visited the London School of Economics she asked a simple question about the looming economic disaster, “Why did no one notice it coming?”  Professor Garicano replied, “At every stage everyone was relying on someone else, and all thought they were doing the right thing“.  As modern economists use a collection of mangled economics, the Queen could not be told the truth.

A century ago a group of influential economists: John Bates Clark, Frank Knight, Francis Walker, Edward Seligman and Richard Ely, colluded to manipulate the building blocks of classical economics. They had an ideological agenda.  The future they shaped is our reality. Their mission was clear, to protect the vital interests of the privileged few. To so they had to conceal the unique qualities of the classical factor of production – LAND.  (Read here the incredible story of how these economists were asked to make land and natural resource rents disappear.)

A century of economic disasters followed, literally messing with our lives.  Economics has been a tool for contorting our collective consciousness, the current economic crisis an example of the pathetic state to which economics has been reduced.

We handsomely reward economists to fine tune the economy to keep it stable. When boom turns to bust they escape into mysticism. They claim, “occasional slow downs are natural and necessary features of a market economy“.  The people we trust to keep the economy on an even keel have no idea what makes an economy explode. Take the central bankers, they pontificated, moving interest rates up and and manipulating the money supply.  They didn’t know what they were doing – it was all an illusion.

The problem lies in some of the theories invented by economists. They do not reflect the real world. They are fictions invented to explain an imaginary market economy.  When the economy overheats the imaginary equations turn out to be useless.

Economists admit their economic models do not work

The daddy of all central bankers was Alan Greenspan, of the US Federal Reserve. He said, “the models do not forecast recession because the parameters are dominated by what happens in normal times when the economy is growing”.

As the economy crumbled, He said to the US congress, “I discovered a flaw in the model which I perceived as a critical function structure which defines how the world works, I was shocked”. Greenspan’s victims are more than shocked, they are traumatised, losing their homes and jobs.

In failing to raise the warning flags, Greenspan was not alone, economists at the Bank of England also failed to forecast the end of the business cycle. They confessed their economic models break down when the going gets tough. Rachel Lomax, deputy governor of the Bank of England confessed, “When it comes to quantifying the changes in credit conditions, our workhorse economic models still cannot help us very much”.

If you were caught by surprise when the bottom fell out of the credit market, don’t worry, you were in good company. Leading economists at places like the LSE were also shocked. Professor Sir Charles Woodhart, served on the Bank of England monetary policy committee, he now admits that standard forecast economic models are “effectively pretty useless“.

Here is an example of the nonsense that can be produced by economic theory. According to the British governments Property Valuation office in Jan 2008, land values will continue to rise until 2013.  Six months later the economy had broken down.  The graph has been erased from their web site.

Land speculators are the biggest gainers

Who gains from this intellectual mess?  One groups of people reap spectacular rewards, property developers, land speculators all reap windfall gains from one asset that sustains us all, LAND.

In the good times when people go mad buying and selling properties, we lionise these developers. Yet all they are doing is cashing in the on the land values others create. Take the case of a cluster of flats adjacent to a prime brownfield site. Their presence gives value to the adjacent site, yet the thousands of residents of the flats will not share in the increased values they help create.

Bankers around the world played their part in the economic crisis pumping up credit to fuel the property bubble.  As land values rose bankers even created more money. This was a self inflated bubble of hot air. It had to burst.

Economists who know the answers are suppressed

For the past century economist have messed with our minds.  All is not lost.  A few economists have been stewards of the precious knowledge of how the economy works. The Nobel prize winning economist Bill Vickrey and California professor, Mason Gaffney. All voices of reason that have been suppressed.

We need to force through change to eliminate vested interests

With all the global crises converging – mass unemployment, poverty, terrorism – it is time to make up our minds and stop playing the game that was rigged 100 years ago. If we do not challenge the vested interests that exploit people, all of us, the environment and future generations will pay the ultimate price. We have to oblige our elected leaders to deal with the realities on the ground.

In the end it is up to everyone to assume personal responsibility and restore common sense in the way we govern society.

[Acknowledgment to John at Land Cafe]