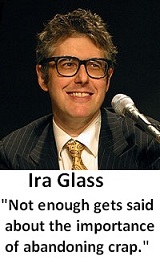 I’m a baby-boomer myself, but I reckon the planet’s going to make it through OK if Gen Y’s excellent response to the homebuyers’ strike is any indication.

Comments on “GetUp”‘s site, at Prosper Australia , and on Facebook shows Gen Y has the ability to navigate itself safely through all the hype, dross and lies fed to them about the residential property market by mainstream media.  Taking on incredibly excessive debt for 30 years doesn’t appeal to them.

In what way is it a real “market”, by the way?  Can the fruit and veggie market keep produce off the market until we are starving and have to pay blackmail prices?  No, the fruit and tomatoes would rot. Can manufacturers hold cars, computer equipment, etc., off the market? Wouldn’t they become obsolete and rust?

But what happens with real estate ……? Yes, that’s right!

Using the novel approach of researching those properties having no water usage, EarthSharing‘s Andrew Sadauskas found one in every 15 properties in his Melbourne study area were vacant, held off the market without a tenant, the owners apparently pinning their trust in making a capital gain rather than running the risk of a tenant damaging their properties (for a 3% return, or less).

As an article in The Herald Sun today continued to give all the wrong  reasons for “the supersonic property boom that has us reeling”, I just had to leave the following comment:-

Apparently Planning Minister Matthew Guy sees no connection between these fantasyland house prices and the winding back of rates and land taxes over the last 40 years, or the fact that the Income Tax Assessment Act slaughters salary earners and promotes property speculation with negative gearing? No, it’s just supply and demand. [Sigh!] They don’t improve, do they?

Keep on challenging all the real estate institutions’ crud, people! They’re not working for you!