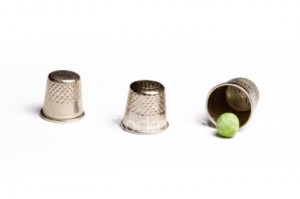 AN ALTERNATIVE TO TAXATION

If, as I claim, tax systems are responsible for creating this (and every other) economic depression, how do we make the switch to land and natural resource rents for revenue?

“It’s impossible!” do I hear you say? “Too many vested interests in the status quo!”

Well, consider this. What if Australia was to introduce an all-in federal land ‘tax’ as advocated by Ken Henry’s panel of inquiry into “Australia’s Future Tax System”, and the new revenue could be offset by companies and individuals, not against other income, but directly against other taxes payable?

Think about it. You could reduce your tax liability by the amount you paid in land ‘tax’ (more properly, land rent).

Therefore, it does not become “just another tax”, but an alternative to tax, because it actually reduces the amount you have to pay in other taxes.

Let’s re-visit the mining tax fiasco, where Australian mining billionaires protested in the streets, claiming they couldn’t bear a 40% resource rent tax on their profits. The principle would also apply to them.  What if the resource rent abated their company tax, their payroll tax, etc., by the amount of resource rent they paid? Wouldn’t this pull the rug from under their argument?

Proceeds from land and resource rents could also be used to abolish the Goods and Services tax.

This in-built compensation system is so patently fair it would be interesting to see from which quarter detractors might arise.

No doubt existing rent-seeking parasites would trot out the case of the poor widow, crying crocodile tears for the fact that she doesn’t earn income against which to offset her land tax.  “She’s currently exempt from tax, but now she’ll have to pay!”

Oh, she doesn’t pay GST now?  You’re not currently worried about that? In circumstances where the poor widow’s children who might inherit her real estate can’t help her out, she could do what she is currently allowed to do, that is, not to pay municipal rates or land tax, but have them put as a charge on title, payable when she passes.

Bring on the tax set-off!