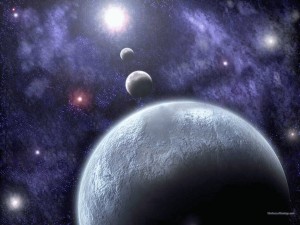 What creates jobs is the revolving capital that supports payrolls. A tax policy aimed at supporting employment would shift the tax burden away from labor, and off of short-term capital, and place it instead on long-term capital accumulations. If this reduces the investment in fixed capital that is desired for other reasons — in particular, investment with broad public benefits — then that sort of investment should be done by public authority, funded by an infrastructure bank.

Thus as a general rule fixed assets — notably land — should be taxed more heavily than income. The tax on property is a good tax, provided it is designed to fall as heavily as possible on economic rents. This basic argument, going back to Ricardo, remains sensible, for it aims to not-interfere where there is, in fact, no public purpose to interfere with private decision-taking. Payroll taxes and profits taxes do interfere directly with current business decisions. Taxes effectively aimed at economic rent, including land rent and mineral rents, and at “absentee landlords” as Veblen called them, do not.

There is little doubt that the cuddly populist Mike Moore, who recently gave a rousing speech in Madison against Wisconsin selling off its patrimony, would be on song with this call from the son of the late John Kenneth Galbraith.

Many others, such as David McWilliams and Michael Hudson, aware that debt that can’t be repaid won’t be repaid, argue that badly risk-managed housing debt must be written off: banks should shoulder their share of the responsibility in financing a housing bubble.

Hudson’s studies go back to biblical times to show that enlightened kings and emperors did indeed write off debts that were impossible to pay, so why do today’s governments, reputedly representing their citizens, try to shackle them (and, indeed, future generations) to meeting both impossible mortgages and impossible bank debt? It is surely the great abomination of our times that people are turned into tax slaves for banking institutions?

We can learn from history. Sensing a revolution from the people, the Physiocrats tried to argue the case for l’impote unique (the single tax) to Louis XVI … or else. The French people eventually chose a bloody revolution to replace their aristocratic plutocracy, but failed to put the necessary economic reform into place.  (Shades of Egypt? Libya?)

On the other hand, by virtue of his benevolent dictatorship in Java, Sir Thomas Stamford Raffles was able to act differently. He listened to the people of the “Spice Islands” (now Indonesia), abolishing their incredible amount of taxation in favour of a 30% rent that could by paid in kind. Thus were the Spice Islands able to exit from economic depression as Europe and America continued to languish.

So, although there are these signs the planets are aligning, and leadership is being given, it clearly needs to be supported by basic education about how the rentier class aggrandises itself by stealing the public’s rent, and by sending the populace deeply into tax-induced debt. The widening gap between rich and poor is solely explicable in these terms.

That Louis XVI preferred to lose his head rather than consider l’impote unique, should serve as a timely warning, even in the 21st century, that people in the street still need to be educated to understand how arbitrary taxation hinders production and employment whilst the capture of land and natural resource rents – as suggested for Ken Henry’s panel in Australia and James K Galbraith in the USA – actually fosters both.