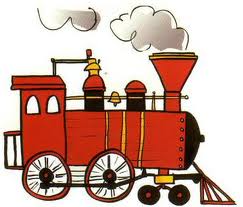 The Train, a new 5 minute video by Fred Harrison