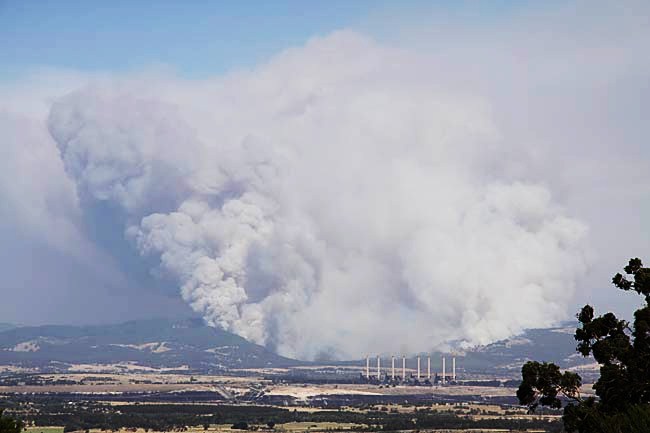 It shouldn’t do so, but the dichotomy on climate change amuses me. It’s similar to the polarisation of the political system into Tweedledum and Tweedledummer, the divide and rule tactic employed by rent-seekers to steal from the earnings of the poor and middle class.

I recall the positive steps made when the abattoirs for which I once conducted valuations were required to direct the foul-smelling emissions from their rendering plants into in-ground bio-filters, instead of into the air.  No more pollution ensued.

But it seems smaller businesses such as these were unfairly singled out when, for example, the pollution from Victoria’s Hazlewood power station is still permitted to pour out all over the inhabitants of the Latrobe Valley.  Why is this?  Maybe the locals don’t have enough political clout?

In the 21st century pollution can obviously be controlled where there’s a will. Is the cost the problem?  It certainly cost the abattoirs, too, and many abattoirs went broke over the last 20 or so years.  Maybe some bigger polluters should also be allowed to go broke if they can’t toe the modern standards required of them?

Therefore, I certainly favour a carbon tax on polluters, but not via carbon trading schemes, which are shameless rent-seeking rorts to prolong and profit from the man-made pollution of our environment.

The Reverend Thomas Malthus exemplifies that appealing to fear won’t win the argument where the science is contested. Malthus couldn’t win the majority over and he was proved incorrect by science anyway. However, we now have Neo-Malthusians saying he would have been right if we hadn’t used science wrongly [!] to improve yields, productivity, etc. These are the same people who believe that we can’t have continued economic growth when, in fact, we can. If we were to abolish taxes and put a charge on the value of our land and natural resources many new possibilities start to emerge.

It seems to me the Luddites aren’t going to be happy until we come to believe that humans are nothing less than a blight on the planet. I meanwhile rejoice in what we have been able to do right – we humans have a pretty good record of this, too – rather than running around wearing a hair shirt and crying “Woe! Woe!”  The Greens will kick goals when they realise the environment doesn’t have to be sold in negative terms.

What continues to rankle with me is that science is now mostly on board with humanity’s involvement in climate change, but it still hasn’t managed to bring itself within a bull’s roar of the Georgist remedy.

Why the hell not?