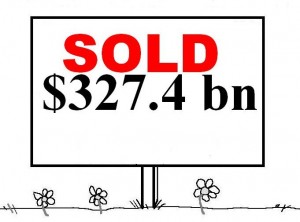 By a number of objective measures Australian property is in a bubble, exposing landowners to the imminent prospect of a once-in-a-century price collapse, the Land Values Research Group confirmed today.

“Sober cautionary voices from within Australia and overseas have been ignored in a frenzied headlong rush to profit from the surge in prices,” LVRG Research Associate Bryan Kavanagh said.

“It is now too late. The profits have been made.  Canny investors have already sold up and left the market.

The LVRG today released its annual assessment of real estate sales for the financial year ended 30 June 2010. It includes the aggregated residential, commercial, industrial and rural real estate sales from all Australian states and territories.

“The growing build-up of inventory with agents, particularly in residential real estate, will almost certainly ensure a drop in turnover during the current financial year – setting the conditions for the first Australian recession in twenty years. 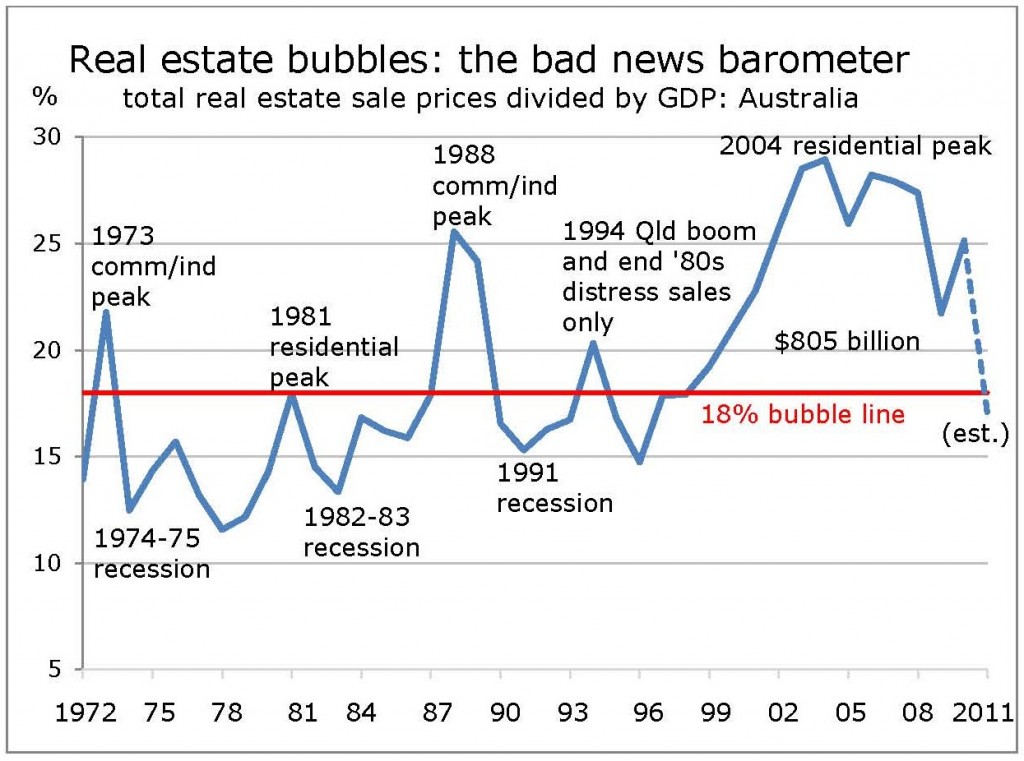 “Measuring the current level of real estate prices against GDP takes into account both the growth in population and in the economy. Despite difficulties in getting the data together, the picture they paint is clearly one of a bubble which must correct,” Mr Kavanagh said.

The argument that population increases and the shortage of supply explains away the current exceptionally high real estate prices does not stand up to scrutiny, Mr Kavanagh said. He noted property agents in the USA tried to justify high prices in just these terms before the bursting of its residential bubble.

Our studies show the housing market alone is over-valued by 45%.

“I cannot give a date for the Australian bubble burst – this depends on spontaneous motivation, “animal spirits” – but it is clearly looking us in the face.

Although turnover represents a record, Australian Bureau of Statistics figures show total land prices had already turned down in 2009 when the federal government primed them with the First Home Buyers Boost.  (See first graph below.)

“The GFC has reset expectations around the world. Australians are now focused on reducing their record high household debt to a more manageable level, making it unlikely any similar government intervention will induce another buying surge in the residential market, Mr Kavanagh concluded. 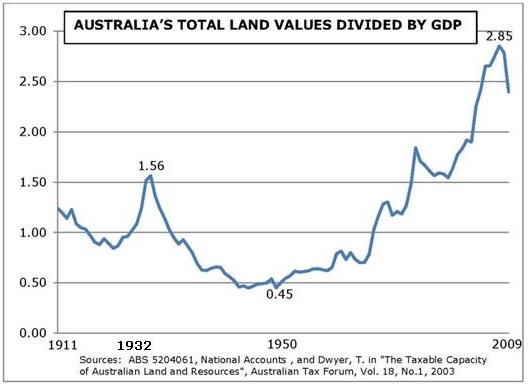 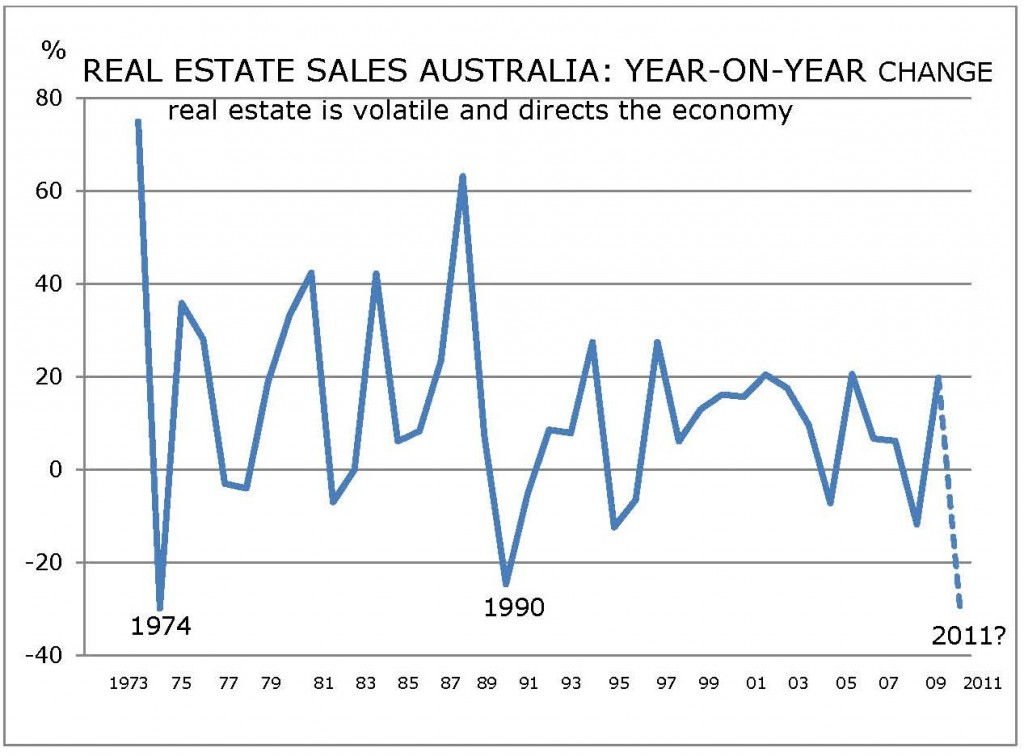