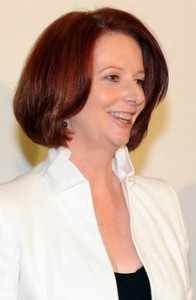 … MORE SENSITIVE TO THE WISHES OF THE PEOPLE?

The shock jocks have wept their crocodile tears about potential instability and the power assumed by the three independents, but the parliament of Australia will undoubtedly be more democratic than it ever has been.  Both Labor and Liberal parties have been badly shaken, and today’s resolution of the impasse could easily have gone the other way.

The two major parties have long reflected the desires of the party machine, powerful lobby groups and the sometimes less than admirable thoughts of focus groups – in that order.  It hasn’t been democratic, and politicians haven’t represented the good of the nation: certainly not in matters of taxation.  Let’s hope this changes.

Let’s also hope the closeness of numbers won’t stop the new government from addressing and debating the big issues that confront Australia.

What excellent news to learn that the new government has agreed with the two independents, Tony Windsor and  Rob Oakeshott, that the Henry Review’s recommendations on tax reform be resurrected into its considerations (and hopefully nothing will be ruled out)!

And no, Bob Katter: it wasn’t free trade that has crucified Australian industry and the farming communty.  It has been a tax system that rewards rent-seekers (including your mining friends, Bob) and punishes workers in every industry, including farming.