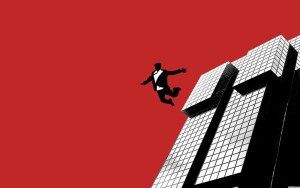 Once you have a grip on how escalating land prices hollow out economies, you’ll also have a pretty good understanding of the two-faced Janus, debt and credit.

When governments capture economic rents instead of taxing wages, profits, and goods and services, economies will ‘work’, and debt/credit won’t be an issue.  However, when a nation becomes swamped by a massive privatisation of its land rent, it begins to malfunction, and the money, credit and debt which acted to inflate its land price bubble also ensures its financial collapse.

It’s therefore a mistake for anyone to believe that the fortunes of China will bring the world, even Australia, out the other side of these uncertain economic times in one piece, because China also failed to capture most of her economic rents.  She, too, has inflated an incredible bubble in her land prices, and the debt/credit that initiated the bubble must also come home to roost, as must the massive debt of the US and Europe.  It’s simply a matter of when.

Economic forecasting isn’t particularly difficult for Georgists. They’re able to see that economic laws are every bit as powerful and persistent as the laws of physics. If you jump off a tall building you’ll go ‘splat’ at the bottom. When economies tax productivity instead of publicly collecting their economic rents they, too, must go ‘splat’.  It’s quite inevitable.