Japan’s not one of the ‘PIIGS’, but it has its own problems.  In 1995 the Japanese economy, the second largest in the world to the US, had a GDP in excess of US$5 trillion. It didn’t achieve this figure again (in nominal terms) until last year, 2009.  In other words, the economy has deflated for 13 years.

We could learn a lot from Japan, because deflation is also our future.

For example, what might the USA learn from the Japanese experience?

Once the world’s powerhouse economy, Japan will this year be overtaken in the GDP stakes by an emergent China.  It has proven to be incredibly slow to pick up on the the fact that that Keynesian pump-priming ‘works’ only once the deflation has purged excessive debt out of the economy.  Rather than quickly writing off the unsustainable debt created by the banking system, Japan chose instead to cosset its banks: this should also offer us food for thought.

What brought about Japan’s lengthy slumber?  It was set in place by the gargantuan late-1980s  commercial real estate bubble which burst in the early-1990s.  Although the resemblance to the giant residential bubble that recently burst across the USA is remarkable, Barack Obama’s neo-classical economic boffins haven’t shown the wit to take these lessons on board: they are slowly but surely directing the USA into a form of hibernation within the same deep ruts that scoured the Japanese economy for so long.  Why repeat the somnambulance?  Maybe to avoid, at any cost, that most fundamental of actions that needs to be taken, namely, shifting the revenue base off production and onto land values? It’s a big step, but it works.

Back in 1987 I warned Japan about the gloomy prospect for its economy:- 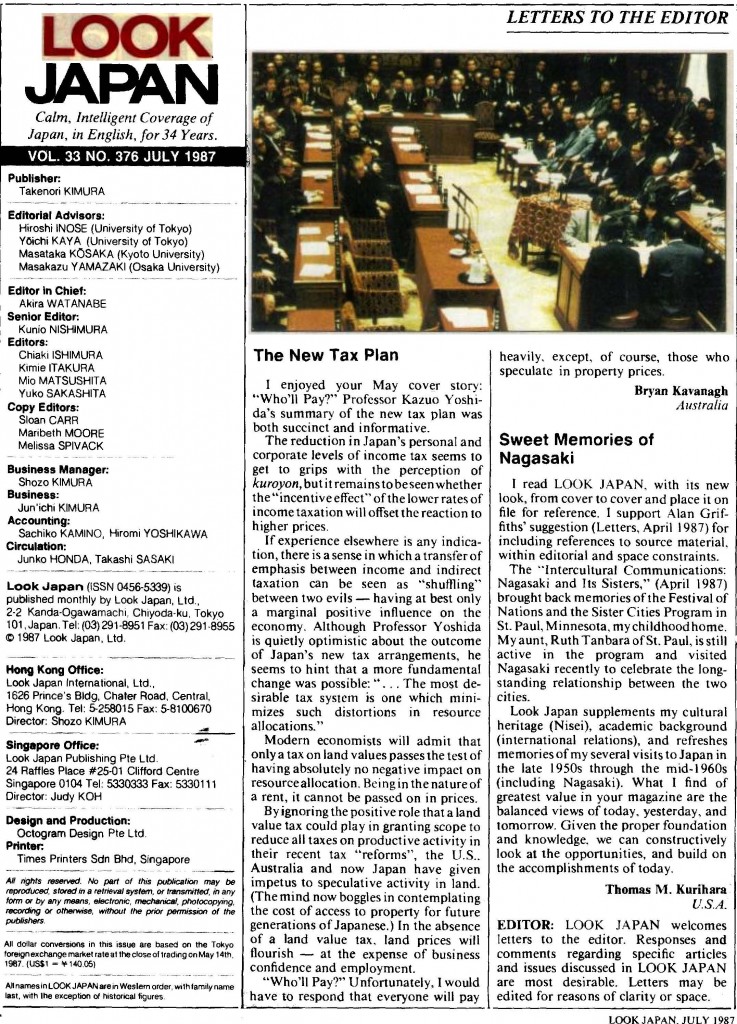