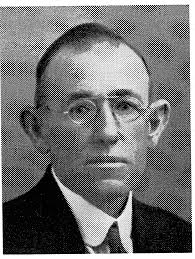 Edward John Craigie (1871 – 1966) was the independent member for Flinders in the South Australian parliament from 1930 to 1941. A man of great integrity and brilliance, and a thorn in the side of both Liberal and Labor parliamentarians, he was finally defeated when the two parties shared preferences to oust him.  Of the candidates, he still achieved the highest vote.

Speaking recently with ninety-six year-old longstanding South Australian Georgist, George Jukes, who knew Craigie as a “quiet and unassuming” man and an exceptional parliamentary performer, he recounted the story to me that when booth figures were returned following one election, the local bank manager was heard to berate his wife and daughter for having voted for Craigie. The secret ballot had not worked to help these ladies:  only two votes, including his opponent’s, had been recorded against Edward John Craigie in that particular booth!

The following attest to EJ Craigie’s painstaking research and his enduring determination to repair the Australian social and economic fabric during the Great Depression. They are excellent historical documents in their own right.

A study in central Melbourne land values 1935 – insights into the original subdivision of the city of Melbourne.

An appreciation of the political life of EJ Craigie

An outline of Mutualism

Should the community buy back the land? 1960?

The case against the sugar embargo 1935

The tariff and its effects on industry 1931

The taxing and rating of land values in Australia (1939)

The trans-Australian railway facts versus fiction 1954?