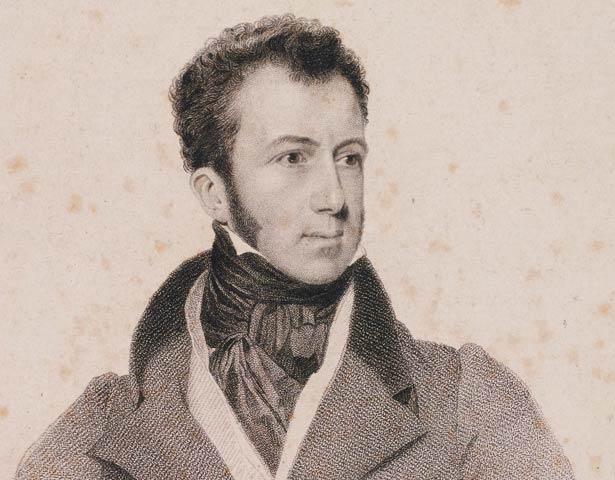 Whilst in Newgate Prison (1827-1830) for the abduction of heiress Ellen Turner, Edward Gibbon Wakefield had a great idea. If you kept land prices high in the new British colonies, people could be forced to work like slaves for you. You didn’t need convict labour. If people worked hard and long enough, why, they might eventually even be able to afford a home of their own!  But land must not be sold cheaply to our underlings.

The colony at South Australia (Adelaide) was founded upon the basis of the Wakefield Scheme, i.e. that land be sold at “sufficient price” that only the wealthy could afford it.

It was a pretty good trick and it worked for a year or two, until land prices could no longer be sustained at the levels set, and the South Australian colony collapsed into a financial depression.

Meanwhile, Wakefield’s brother, Arthur, went off to start the Maori wars in New Zealand by getting himself killed over a questionable land deal that went rotten. Big brother Edward then emigrated from England to subdivide New Zealand further. When Edward couldn’t pay his workers, he got into parliament and succeeded in getting the government to pay his company’s bills.

He really was a ripper, fulfilling all the criteria for the definition of a sociopath – and Ellen Turner was not the first heiress with whom Wakefield had run away to marry at Gretna Green.

It seems since the late 1990s the whole of Australia has now transmogrified into its very own hideous form of Wakefield Scheme.  Are land prices sufficiently high now, do you think? Are we borrowing up to the gills and working like slaves to pay off the mortgage? In fact, isn’t our way of life now all about debt and mortgages?  “Keep your bums up and heads down, folks: no time to ask challenging questions here!” As a result Australia’s household debt levels are truly astronomical.

Putting it in this back-handed sort of way seems to infer there’s some sort of alternative, doesn’t it? And there is, because excessively high land prices are certainly not all about supply and demand. This statement may require some explanation.

When a valuer values a commercial property, he or she will not simply try to sum the value of the land plus buildings but will capitalise its net sustainable market rental.  When we see the sale of a vacant residential parcel of land, we don’t realise the process behind the price is fundamentally the same.

Therefore, the amount a government gets of this publicly-generated land rent has much more to do with prices for residential land than its current level of supply and demand.

Supply and demand and zonings are important, of course, but are secondary factors.  Economists, however, are wed only to supply and demand, and fail to see the critical factor in forming the price of land is how much of the publicly-generated land rent we allow to remain in private hands.

In fact, Wakefield wrote the collection of a public land tax into his scheme, presumably as a sop to the authorities. You see, any land tax, were it ever to be employed, could never have been substantial, because anything more than a sop would act to reduce land values below the “sufficient price“.  So let’s not kid ourselves here. If we really want lower land prices, we levy higher rates and land taxes – and cut all other taxes concomitantly.  The higher rates and land taxes, the lower the land prices will be.  Simple.

But we can’t extend rates and land taxes, because that will adversely affect banks and the other big rentiers, and they’re more important than most people – especially those who are willing to act like slaves for the sake of a mortgage.

Perhaps US Treasury Secretary Hank Paulson had his priorities right then: banks and big rent-seekers first, all others second, when he rang the Australian treasurer Wayne Swan at 6:30 on the morning of 10 January 2008 to tell him “Look …. if we can avoid a meltdown in house prices, then we might be able to see a way through this.”*

America couldn’t do it, but ever since that conversation with Hank (‘Wakefield’?) Paulson, Australian governments of both persuasions have done everything they could do to keep our bubble in land prices inflated as per Big Brother’s request—remember? $1000 grants to all, the pink batts scheme, the building education revolution, continuing to offer tax incentives to negative-gearers of real estate—and the rest of the Australian economy has descended into limbo accordingly.

Ain’t much chance of recovery, either, until we allow our land price bubble to deflate – although, ironically, the Property Council of Australia advised last week “property is one of the few industries standing ready to jump in and keep the economy growing.”  [Sigh!!]