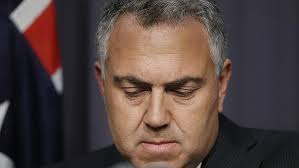 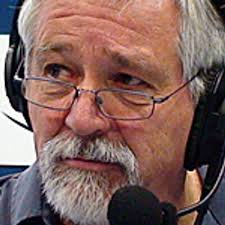 Australia’s Treasurer Joe Hockey is on radio 3AW at the moment with Neil Mitchell, bemoaning the fact that Australia can’t afford to keep paying $100 million on interest every day: “We’ve got to do what is right for our country, for Australia’s future and get government debt down.”

“Either that, or increase taxation.” Emphasising every word: “If-we-do-not-live-within-our-means-we-are -going-to-pay-a-very-heavy-price.”

In response to Mitchell’s earlier characterisation of his short career in the Ministry as going from “a rooster to a feather duster”, Hockey’s rejoinder is that he abolished the mining tax and the carbon tax.

Yes indeed! Could that have anything to do with your arrival at Featherdusterville, Joe?

After all, if you want 80% of Australia’s mining rents to escape overseas, and not to tax carbon polluters, that leaves you taxing workers and businesses, doesn’t it?

You don’t like The Henry Tax Review, do you Joe?  It was the most comprehensive revenue review in Australia’s history and recommended getting rid of 120 taxes on productivity.

Wouldn’t that be a good start if you want to resurrect the economy: getting taxes off productivity, Joe?

But, no, both the Liberal and Labor parties have sought to bury “Australia’s Future Tax System” and, although they say they against increasing the Goods and Services Tax (GST), they’re both keen on having a new tax review that with tell them the GST—a regressive tax that is passed on in prices—is necessary. Then, they’ll just have to tell the States “Unfortunately this is the only way out”.  [The ABC’s Tony Jones would be enraptured! Apparently he hasn’t heard of The Henry Tax Review, although Heather Ridout tried gently to remind him of it in last Monday’s “Q and A”.]

Look, it’s simple, Joe. Even though most politicians are into property investments, you really do need to act in the national interest, not your own, to get rid of the negative gearing of real estate. It has made the economy lop-sided against productivity.

That’s why we’re in this property bubble and a productivity trough, Joe: you can’t have both a healthy economy and a property bubble. You may choose only to have one or the other.

Australia is one of many nations around the world that has yet to learn this lesson, Joe.