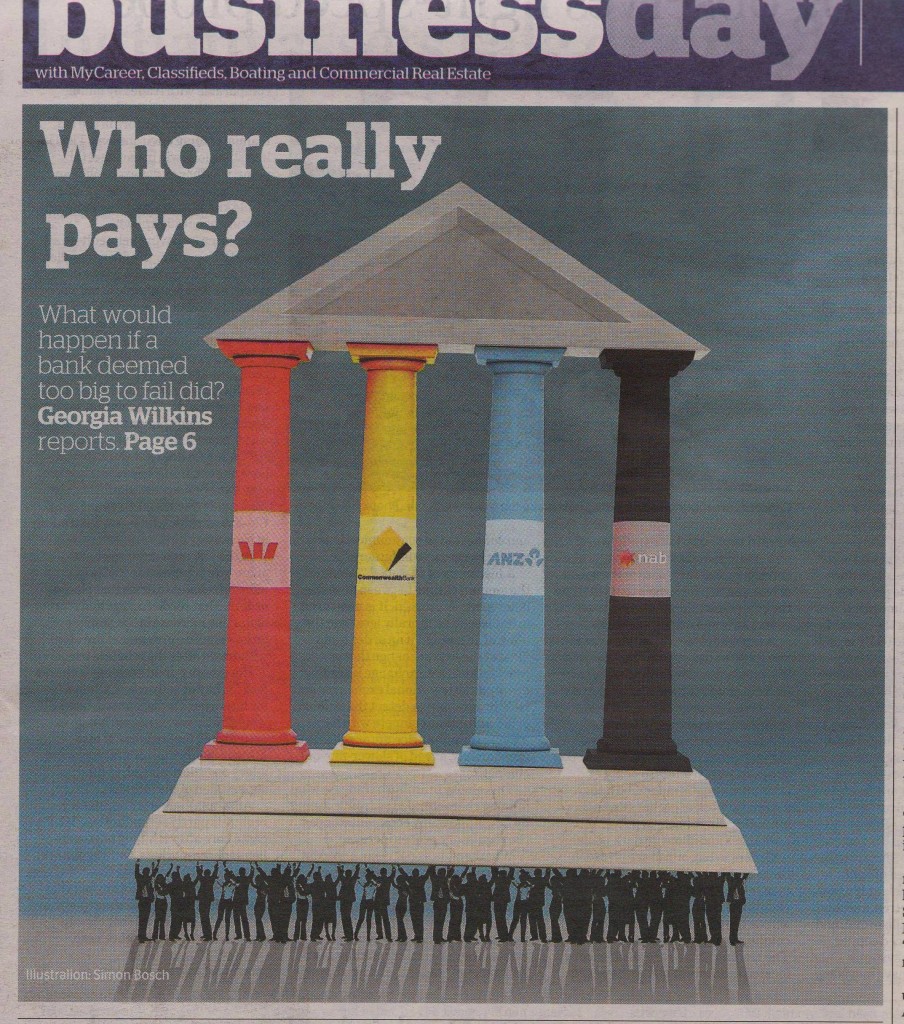 “Should the major banks pay for a bailout that may never be needed?”

Never be needed?  We tend to forget that the Bank of South Australia and the State Savings Bank of Victoria are no more, following the 1989 peak of the commercial bubble  – and that Westpac clung on to life only by the skin of its teeth after the ensuing 1991 recession.

The Australian residential property bubble which has developed since the late 1990s dwarfs by orders of magnitude the late 1980s commercial/industrial bubble, so it’s obviously wishful thinking by Australian banks that there’s no imminent emergency.  The banks’ complicity in repetitively inflating  land price bubbles which always burst is akin to the fiscal irresponsibility of Popeye’s friend, Wimpy.  Will any of them be able to survive this one?  You be the judge. 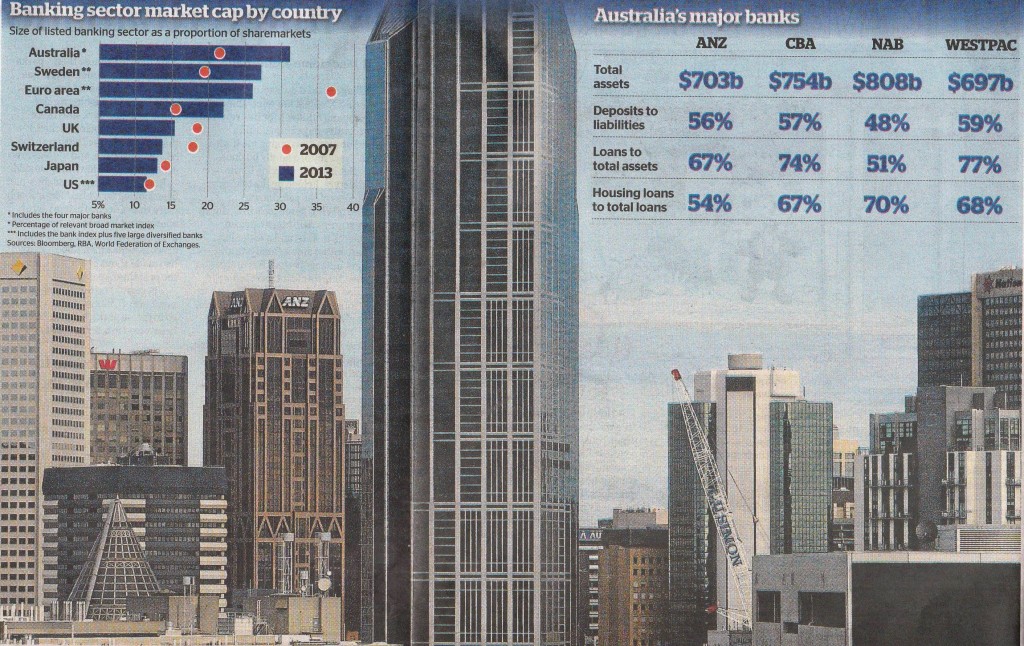