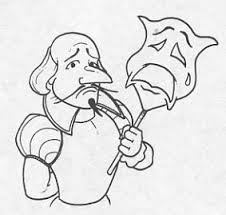 The privatisation of publicly-generated land rents

The 0.1% parasitically leeching off the land rents owed equally to the 99.9%

The growth of debt, poverty and crime (Did not Marcus Aurelius say “Poverty is the mother of crime”?)

Despair, social fracture, and purposeless revolts, such as across the Middle East, the Ukraine, etc.

AIDED AND ABETTED BY THE FOLLOWING CHARACTERS

The 99.9%, believing we have an obligation to pay our taxes but, in not seeing the vast benefits of land rents compared to the ravages wrought by taxation, thereby throw their lot unwittingly in with the carefully-constructed hegemony of the 0.1%

The divorce of the theory of land valuation from the study of economics  (What other disciplines are based upon this sort of deceit?)

Window dressing provided by designed-to-fail regulatory bodies (The Australian example of ASIC having US equivalents, such as the SEC)

Financial collapse (the ‘Great Recession’ in the USA, the GFC in Australia, etc.)

Shameless backing and filling by the 0.1%, in order to retain their position of privilege (‘private legislation’) which brings about:

Addressing ‘the fatal flaw’ could have avoided the tragedy: the 0.1% stealing from the 99.9% and generating boom and bust