Once you’ve seen the cat, the world of economics is no longer obscure.

You can see escalating land prices and mortgages are the result of rent-seeking in the community’s natural income; super profits for the few are coming at a severe cost to the many.

You can see a widening disparity of incomes between the 1% and the rest of society.

Where once small but committed communities were able to construct railways, highways, bridges and dams out of capturing some of the uplift in land values they provided, successive governments have now wound back this form of revenue, either in misguided or corrupt deference to rent seekers. Banks have become the main beneficiary.

We are now unable to maintain our existing infrastructure, let alone find funding for new capital works. Meanwhile, households are stricken with debt as billionaires continue to steal the public’s land and mineral rents.

In the search for money, governments make freeways private tollways. Privatisation, even of natural monopolies, is seen as the answer even though it has proven not to be.  In our education systems publicly-generated land and natural resource rents have become ‘invisible’, so that private interests are able to keep taking them, unchallenged.

As government tax policy has come to reward rent-seeking parasites, and fine those who use their talents to work and create, rising land prices and greater taxes on labour and capital have become so pathological that western society has slowly ground to a halt.

Is it stupidity or complicity that has people, their governments, policy-makers and financial analysts running around in circles for answers?

Why is it that only Georgists are able to see that land price and taxation are the direct measure of society’s sickness, or that the capture of land rent as an alternative to taxation can provide the antidote for all this madness?

Have YOU seen the cat?

If not, as the American Henry George suggested, maybe you’re little different from this poor, witless bull? 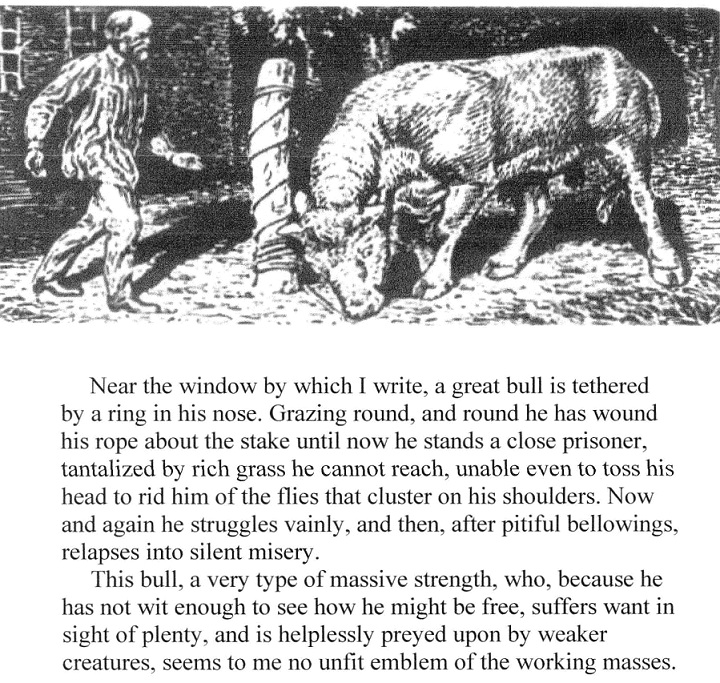