There are innate problems with the Left of politics, with those who believe government generates wealth or creates jobs.

But the Right also has it wrong.  (Whilst it’s lonely here in the radical Centre, nothing beats knowledge and truth!)

Therefore, the best we can hope for from that amount of government which is necessary is that it enforces the Rule of Law, that the latter is fair, that government grants no privileges to any sector of society, and most importantly, that the taxation of labour and capital is abolished.

Whereas society’s land and natural resource rents are generated by society as a whole and not by any individual, they are the natural and proper source of revenue, being owed equally to each and every member of society.

The Right positively believes–and the Left by default on the subject seemingly believes–that people and companies who seek the rent of our land and natural resources do no harm to society.  Curiously, the Right goes so far as to say rent-seekers should be supported! They are both wrong and need to understand the latent catastrophe involved in the private rent-seeking of the public’s rent.

Maybe the following, which ought to be incorporated into any declaration of human rights, exposes the superficiality of  both the Left and Right of politics on the subject of economic rent. 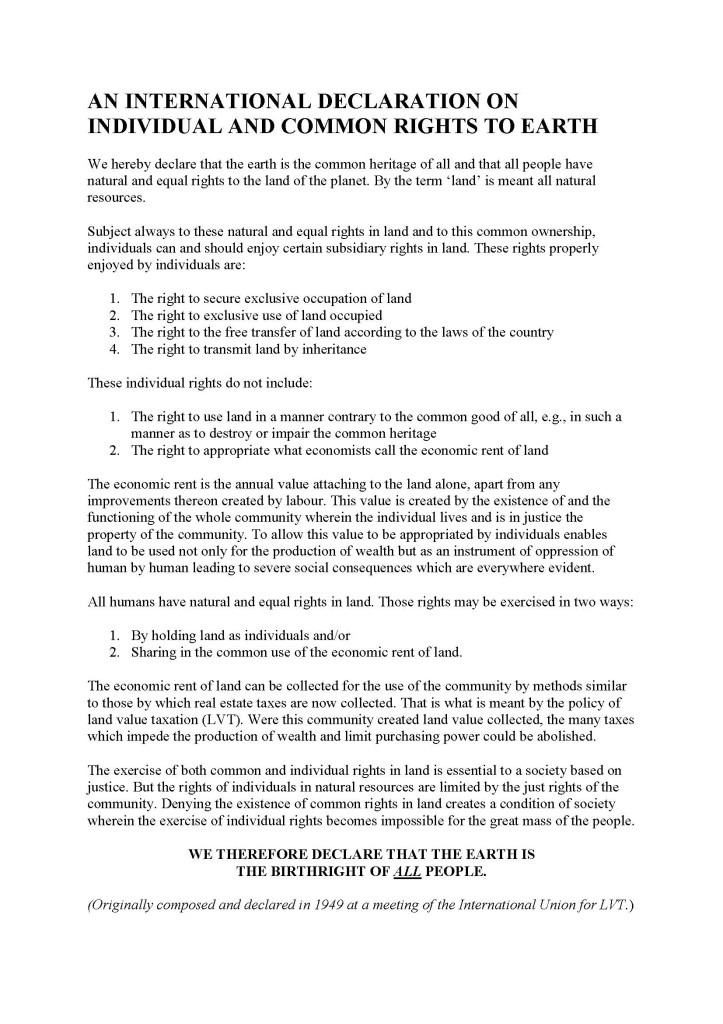 8 thoughts on “RIGHT IS (ALSO) WRONG”