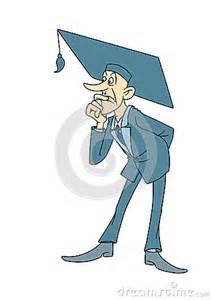 The sub-title of Henry George’s famous Progress and Poverty is “An inquiry into the cause of industrial depressions and of increase of want with increase of wealth … The Remedy.”

Although the remedy is effective, the minions of the 0.1% prefer to have it bruited about that there are “no simple solutions”, “no silver bullets”, “no panaceas”, rather than simply scrap taxes on labour and capital in order to promote productivity–as Henry George had carefully prescribed–capturing instead for revenue the publicly-generated economic rents that their bosses currently purloin and privatise.

The handful of economists who were able to forecast this financial collapse knew real estate bubbles destroy economies. They may not all be followers of the ideas of Henry George but, unlike the multitude of economists who struggle with the fact that real estate activity leads and directs the economy for better or worse, they’ve proven themselves to be realists, not remote and ineffective academics. They understood what’s happening. And still do.

So why have we left the duds–using their arse-backward techniques Dirk Bezemer referred to in yesterday’s blog–in charge of the shop? It’s absolutely ridiculous, and we’re idiots for simply putting up with it! It’s time we stopped grovelling and stood up on our hind legs.

Perhaps the duds are remaining in place to continue doing their bosses’ beck and call, because the 0.1% haven’t quite finished with us yet? After all, this is obviously a depression and they need to secure their own positions further ….

We need to demand their removal!

Bezemer pointed out that the banks serve us well when they generate productive enterprise, and have failed over the last twenty years because they turned their attention to aiding and abetting the inflation of real estate bubbles.

The forensics have been done. The remedy is known. It’s time to eradicate the duds.