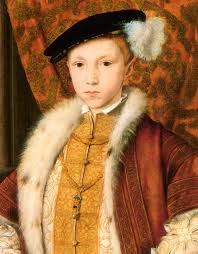 Following the enclosures of Henry VIII which robbed the people of their common lands, the precocious King Edward VI knew what he had to do to ameliorate the ensuing poverty and strife that was wracking England.  He would write a prayer of comfort which was to be read in church.  It was included in the 1553 Book of Private Prayer in Edward’s 16th year, the year he died.

“We heartily pray Thee to send Thy Holy Spirit into the hearts of them that possess the pastures and grounds of the earth, that they, remembering themselves to be Thy tenants, may not rack or stretch out the rents of their houses or lands, nor yet take unreasonable fines or moneys, after the manner of covetous worldlings: but so let them out that the inhabitants thereof may be able to pay the rents, and to live and nourish their families, and remember the poor.

Give them grace, also, to consider that they are but strangers and pilgrims in this world, having here no dwelling place, but seeking one to come; that they, remembering the short continuance of this life, may be content with that which is sufficient, and not join house to house, and land to land, to the impoverishment of others; but to behave themselves in letting their tenements, lands and pastures, that after this life they may be received into everlasting habitations.”

As we continue to practise the art of land monopoly and dispossession in the 21st century, praying for social justice remains the preferred approach of the Church, lest upholding biblical injunction against the lords of the land might offend them.

And, of course, we wouldn’t want to offend such people as Gina Rinehart as she steals billions of dollars of Australians’ land rent each year, would we?

So, a prayer it will remain.