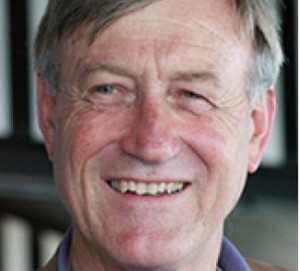 Peter Newman, Professor of Sustainability at Western Australia’s Curtain University, has been an indomitable force for rail transport. He is largely responsible for transforming the city of Perth’s public transport system into one of the world’s most efficient.

Newman has now turned his attention to a complementary light rail system for Perth, and to supporting proponents of rail and light rail elsewhere in Australia, such as North Hobart.

Those proclivities, of course, have pitched him against the incredibly strong road/freeway/bus lobby, but there’s little doubt he and his colleagues are winning on the basis of solid support from the public. Newman’s role in turning the worm against mindless road expansion has been central.

How ironic that the Swan River Colony, once famous for its initial founding failure under Peel explained variously by Karl Marx, Edward Gibbon Wakefield and Georgist  EJ Craigie as one of the best examples of capital’s inability to succeed without a cosseted labour force, now points the way to sustainability!

And there was Peter Newman on Saturday Extra this morning educating Geraldine Doogue’s listeners on how urban rail may be self-funded by land value capture.

A statue should be erected to the man.