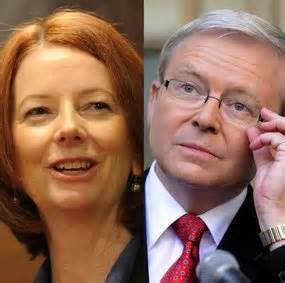 Short of a miracle, the minority Labor government has finally passed the baton to the opposition.

In THE AGE today Chris Burgess of Port Melbourne reminds us Confucius had something to say on issues such as the Gillard-Rudd contretemps:

“Before you embark on a journey of revenge, dig two graves.”

So, if Kevin Rudd were to throw his hat in the ring to lead the party when Labor is decimated at the September 14 election, he is now almost certain to be defeated.