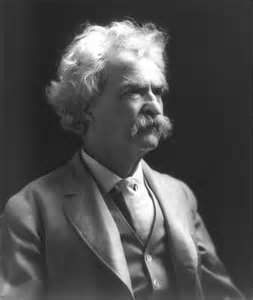 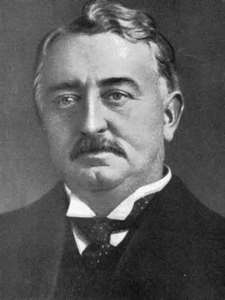 I’ve mentioned before that Mark Twain “got it” and was a friend of Henry George. Here he gives a serve to that great “humanitarian” and founder of the Rhodes Scholarship, Cecil Rhodes.

OK, we often say by way of exoneration“things were different then”.  Not different enough to have fooled Mark Twain:-

The great bulk of the savages must go. The white man wants their lands, and all must go excepting such percentage of them as he will need to do his work for him upon terms to be determined by himself. Since history has removed the element of guesswork from this matter and made it certainty, the humanest way of diminishing the black population should be adopted, not the old cruel ways of the past. Mr. Rhodes and his gang have been following the old ways.

They are chartered to rob and slay, and they lawfully do it, but not in a compassionate and Christian spirit. They rob the Mashonas and the Matabeles of a portion of their territories in the hallowed old style of “purchase” for a song, and then they force a quarrel and take the rest by the strong hand. They rob the natives of their cattle under the pretext that all the cattle in the country belonged to the king whom they have tricked and assassinated.

They issue “regulations” requiring the incensed and harassed natives to work for the white settlers, and neglect their own affairs to do it. This is slavery, and is several times worse than was the American slavery which used to pain England so much; for when this Rhodesian slave is sick, superannuated, or otherwise disabled, he must support himself or starve – his master is under no obligation to support him.

All these are admirable, and worthy of praise; you and I would rather suffer either of these deaths thirty times over in thirty successive days than linger out one of the Rhodesian twenty-year deaths, with its daily burden of insult, humiliation, and forced labor for a man whose entire race the victim hates. Rhodesia is a happy name for that land of piracy and pillage, and puts the right stain upon it.