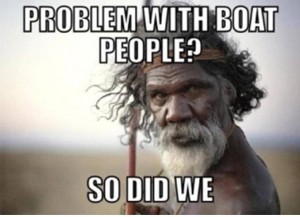 Marx (Karl, not Groucho) was correct in arguing that social change must be founded on a revolution in economics. Any revolution that doesn’t act on this truism must fail, a la Libya, a la Egypt.

Whether or not we perceive it, ‘economics’ simply relates to the way we structure our daily lives and, surely, our financial pages have once again highlighted the egregious mess into which our modern neo-classical economics has been allowed to descend?

By now we should be coming to the realisation that the taxation of labour and capital has us trying to work with both hands tied behind our backs.

Although he may have been well-intentioned in other respects, it was Marx’s economics proved him to be “the prince of muddleheads”.

Meanwhile, largely under the influence of the US-British alliance, the financial system has been permitted to transmogrify from one based upon free enterprise into a plutocracy where privatisation and corporatisation of rents generated from the public’s natural resources has grown apace. (We once used to fund our roads, rail, dams, ports and other infrastructure from these land rents. Remember?)

Marx was getting around to this very point in Book III, but he’d already settled for an attack on capitalism itself instead of on its plutocratic rentiers – the self-serving 0.01%.

The “Occupy” movement is yet to discern this distinctive point, because the minions of the 0.01% have so far been able to downplay the quantum of the economy’s natural resource rent within the economy. Occupy needs to get with the program to capture back our natural resource rents, as argued by Brian Czech. (Czech-Production-Function-and-Henry-George)

So, if we’re looking for a revolution in economics, it’s obvious we don’t look to the 0.01% for assistance. They don’t want to change a system that grants them a free ride on the vast amount of natural resource rents owed to the 99.99%.

Nor do you look to academics. They’ve been insufficiently intellectually rigorous to discern privatisation of the public’s rent has proven to be the knot in the distributional system.

You don’t look to lawyers. They’re occupied dealing with both sides of the question as the system now stands.

Unfortunately, nor can you look to most men. Many of them are concentrating on how they, too, may scramble atop the FIRE sector’s ladder. (FIRE being an acronym for Finance, Insurance and Real Estate.) As we know, FIRE is a good servant but a bad master.

No, those who want a revolution in economics must get on board with those who are the most downtrodden by the current economics, namely, indigenous peoples and women.

Indigenes have always known that the fruits of the land are the basis of any economy and, for this reason, land must never be found in any list of commodities. Land is different and, whilst it may be exclusively occupied, the original inhabitants know it may never really become ‘private property’.

The Right’s apostle of freedom, John Locke, acknowledged the point: “It is in vain in a country whose great fund is land to hope to lay the publik charge on anything else; there at last it will terminate.”

Whilst a few women have successfully elbowed men aside in ascending the ladder of business, most haven’t, either because they didn’t want to join the rat race, because they believe a more cooperative system is possible, or they were defeated by its excesses. Although it may differ in degree, they understand only too well that you don’t have to point overseas to parts of the Muslim world to see how the economic system fails women.

World economies need a grassroots reform. A patchwork of regulation applied to the status quo won’t do it.

There’s a pretty big constituency out there for change. There’s a growing new reality. It’s a matter of getting the proponents together to speak with one voice, because disarray is the friend of the plutocrat.

Women and indigenous people must be at the forefront of the movement, and they should be supported by men of goodwill who realise thoroughgoing economic reform is essential. (In this context, resurrection of the Henry Tax Review becomes a priority.)

But if the movement for economic reform doesn’t cotton onto the crux–that the natural resource rents owed equally to all the people are currently stolen by a handful of parasites (hello, mining interests!)–the necessary revolution is bound not to happen.