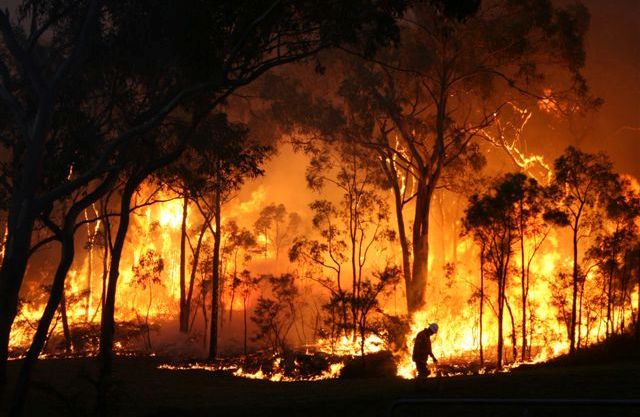 The idiom that fire is a good servant but bad master is well understood in Australia where bushfires in dry summers regularly ravage the countryside, often resulting in the loss of life.

The one hundred and seventy-three people who died in the Black Saturday bushfires in Victoria on 7 February 2009 tragically reinforce the point that an out-of-control fire can indeed be a devastating master.

It is not to trivialize this loss of life to compare it to the out-of-control financial sector currently ravaging world economies.

In the world of finance, nobody has popularized the acronym “FIRE”–for finance, insurance and real estate–more than Michael Hudson.

The fire idiom holds true for the economy’s FIRE sector. Instead of retaining it as the service sector, it has been put on a pedestal and promoted to the position of our master, so much so that it, too, has brought about devastating results.

This is no small claim.

We are lied to that banks must be bailed out because they are too big to fail. Some are apparently even too big to prosecute for criminality. [!] Their CEOs must be paid obscene amounts for their obscene actions – n’est-ce pas Lloyd Blankfein?

Clearly the greatest financial obscenity is the lending and creation of money against the ‘security’ of land prices.

Whilst this may seem an obscure reference at first, once we are able to see land prices simply as reflecting the private capitalisation of publicly-generated land rent owed equally to ALL people in the community–not just to banks–we may come to understand how lending against land price is a fraudulent and extremely volatile practice.

To understand the point is to understanding the manner in which the FIRE sector has failed us, and failed its own risk management.

2013 promises to be a critical year.  Hopefully, a far greater number of people will come to see the FIRE sector’s rent-seeking as the catalyst that turned our former servant into a voracious and devastating master.