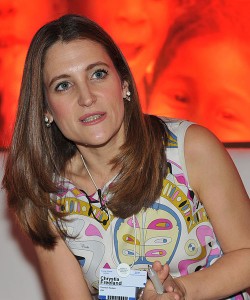 Chrystia Freeland, author of “Plutocrats: The Rise of the New Global Super-Rich and the Fall of Everyone Else” is one of a relatively few analysts who understand how most billionaires make themselves rich at our expense out of our land and natural resource rents.

Probably correctly, she doesn’t see those billionaires who don’t indulge in land and natural resource monopoly as a major concern.

Freeland, Charles Abugre and Jamie Whyte were interviewed today by Justin Rowlatt in the BBC’s “In the Balance” program entitled Sharing the Wealth.

Freeland and Abugre were right onto the problem of rent-seeking, but Whyte just didn’t get it.  Admitting his New Zealand Presbyterian roots may be holding him back, even rent-seeking billionaires didn’t seem to bother Whyte.  He was more concerned that government expenditures have been running amok.

Well, that maybe correct up to a point, Mr Whyte, but you don’t seem to realise that if the social contract didn’t provide a safety net in these misbegotten times, carcasses of billionaires might well be swinging from the branches of sturdy trees right now.

In some ways, that’s why an unsatisfactory status quo persists. Charity and government handouts do mask the untold devastation the big rent-seekers, including banks, have been inflicting upon us.