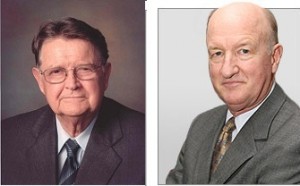 This is much less than a full review of Skousen, but more than a rebuttal to his personal attack on me as a conspiracy theorist.

Skousen’s book is most readable and probably sells well.  It is gossipy, with details on the personal lives of “the great thinkers”.  It brims with illustrations and vignettes, both relevant and not.  I was fascinated to learn about the life and times of Menger, for example, who had been just a shadowy name to me, and is now a real person, with strengths and human flaws – including a sex scandal involving Austrian royalty.  This is juicy tabloid stuff, but it is not economics.  More relevant is his inability to update and republish and translate his pioneering work.

What I do not find is any clear statement of why Menger deserves all the credit for “discovering” marginalism, which is implicit in so much of earlier classical economics.  This is often stated and repeated, as though repetition in tertiary sources makes something true, but has anyone DEMONSTRATED it in a scholarly way?   Skousen has done scholarly digging in the past – his Structure of Production is very useful and documented  –  but the present work is not of the same quality.

In praising Menger, Wieser, and Böhm-Bawerk  (who may deserve it as individuals) Skousen detours into identifying them with Vienna and Austria, which he exalts.  He glosses over the fact that Austria was in a long decline, leading to near-extinction, during their lifetimes, their influence with royalty, and with the repressive statist bureaucracy inherited from Metternich.  He credits them for attacking Prussian-German economists, even as Prussia was displacing Austria as the dominant central economic and political power, defeating Austria and France in battle, and moving into the Balkans, Austria’s turf.  He credits the Austrians for dominating American higher education in Economics, when in fact most American economists found higher education in Germany.  J.B. Clark, German-trained, followed by Knight and Stigler, devoted major efforts to exorcise Austrian capital theory from American thinking.  Skousen exalts Vienna, citing Mozart, Beethoven and Freud to exemplify its cultural leadership, although Mozart had flourished 100 years earlier under the would-be Physiocratic reformer Joseph II, and Freud is now discredited. As for Beethoven, after 1815 and the Congress of Vienna, “Austria came under the stifling rule of Metternich. For the rest of Beethoven’s lifetime and beyond, Vienna crawled with secret police, informers, spies, and repressive bureaucrats hostile to art and freedom.”

Skousen’s bête noir is David Ricardo, first for promoting a labor theory of value, feeding raw meat to later Marxists claiming exploitation of labor. This is a common opinion from tertiary sources, but if one actually reads with any care Ricardo’s chapter one, on value, Ricardo distinctly credits the capital input for adding to value. Ricardo was unlikely to paint his own profession as parasitic, and didn’t.

Ricardo’s other great sin was methodological, to rely on abstract or a priori reasoning without reference to the real world.  If Skousen is to fault Ricardo for that, he can hardly turn around and beatify von Mises, for example, who makes a virtue of relying on reasoning a priori and rejects statistical testing.  Skousen does not acknowledge, or try to reconcile, this apparent contradiction.  Nor does he mention that Ricardo’s theories were relevant to a major political issue, England’s “corn laws”.  He does not note that Ricardo showed that land rents depend on the price of corn, not the other way around, refuting the claim that Ricardo based prices on cost of production, without recognizing the demand-side view that Austrians developed later.  Neither does Skousen mention Hayek’s debt and tribute to what he labeled “The Ricardo Effect”.

No, Ricardo’s primary offense to property interests, in my view, was demonstrating that land rents are unearned.  This, following upon Smith’s soft hints, and Turgot’s hard activism, paved the way for Mill’s and A.R. Wallace’s proposals to tax land values and encourage subdivision, to George’s more sweeping proposal to focus most taxes on land rents and values.  It opened the gates for the Edwardian governments under Campbell-Bannerman, Asquith, and Lloyd-George who pulled the teeth from the House of Lords in the Parliamentary Revolution of 1909-11, in order to pass their proposed national tax on land values.

By focusing on Vienna and central Europe, Skousen makes the left-right struggle into a rivalry between Marxist communism and free enterprise.  South of The Alps, Pope Leo XIII used the same stratagem in his 1891 Encyclical Rerum Novarum. In fact, Marx was little known in Anglophone nations before the Russian Revolution of 1917. American Progressives and English Radical-Liberals and Fabians leaned more toward downtaxing commerce, industry, housing, and labor.  They would replace the revenues by uptaxing land values, melding free enterprise with radical land reform.  Henry George was not alone, but prominent among the progressives.

To his credit, Skousen does devote a few pages to George (pp. 230-34), but they are shallow as a morning dew and spun like a spiderweb.  He explains that Georgism died because it was “too extreme”, whatever that means.   Only this and nothing more.  He then dismisses George’s exegetes using ridicule and a personal attack on me:  “By George, it’s a conspiracy!”  He supports this with a statement I never wrote, that he says he found on an old dust-jacket.  He alleges that I am part of a “tight-knit political or religious group filled with true believers”.  His short (p.233) box demeaning me and my work contains “conspiracy” five times.  Actually, my long chapter (“The Neo-classical Stratagem”) in the book that Skousen cites  contains “conspiracy” only once, quite incidentally, preceded by “as though”.  The word and the concept are his, not mine.

Skousen also leans on the authority of J.B. Clark.  George was wrong because Clark said so.  If Skousen had read my chapter (the evidence says he didn’t) he would find 12 pages analyzing and refuting Clark, and 26 works by Clark in the bibliography. Clark’s major causes were two: undercutting George, and undercutting Böhm-Bawerk and other Austrians.  He succeeded in both efforts, in American academe.  It is incongruous for Skousen, a self-proclaimed Austrian, to rely on the authority of Clark, the dogged nemesis of Austrians.  My chapter purports to show how the two causes fit together.  It is accessible at www.masongaffney.org.

My comment: The personal attack on Gaffney reminds me of John Molony’s The Worker Question: A New Historical Perspective on Rerum Novarum, Melbourne, Collins Dove, 1991 which suddenly turned into purple prose at the very mention of the name “Henry George”. It seems powerful ideas affecting landed interests must be trivialised–then proponents derided–if they are unable to be refuted.