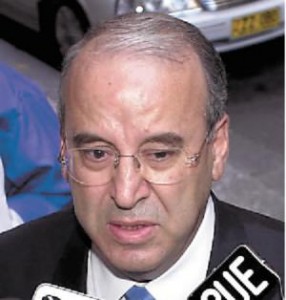 The name of the game, as I’ve just mentioned, is rent-seeking.  It’s hard to make a fast buck anywhere else.  There’s an uplift in land rent from zero to you-name-it the moment a community comes into existence.

No one individual creates the land rent, it simply arises around any community.

So, although this is the natural source for our revenue, rentiers tell us land rent’s inadequate. There’s not enough of it. That’s rubbish, of course. But even the economics textbooks repeat it, because they’re either complicit or ignorant about the true extent of land rent. Taxes on labour and capital are essential, they say.  [And doesn’t the rentier class promote this arrant nonsense with glee?]

If there are minerals in the land, that’s even better.  Just claim the resource, pay a bit of tax and royalty …. and, bingo! the “super profits” [another way of saying the people’s rent] is yours – yours as an individual, even though land and natural resource rents are owed equally to ALL the nation’s citizens.

This stealing, this rent-seeking, has become accepted practice.  It’s wrong, because it is stealing but, in the case of land and natural resource rents, this form of stealing permitted, if not encouraged. You’re regarded as an “entrepreneur” and a “job-creater” if you’re into this form of theft. It has received an imprimatur; it’s OK.

So everybody has their ear to the ground, so to speak, to see if there’s any easy rent to be had.

And there often is, of course.

You should see how all the smart guys get onto it.  Indebted governments, sometimes even governments fearful of running a temporary deficit, are sometimes prone to sell the silverware, the public assets our forebears worked and paid for. You know, reticulated services such as gas and electricity, freeways (becoming private tollways), railways, airports, etc.

PPPs are a great way to privatise community infrastructure. You raise everybody’s land values, but don’t try to recoup any of it (as Robin Smith described in the previous piece). Once, we used to pay for these public works over a period from our rates and taxes, or a bond issue, but that’s now become passe because it doesn’t get them into private hands so someone can make a killing at the community’s expense, you see?

But then they draw a sort of line between this form of theft from the public and theft obtained from “inside information”.  That’s just going a bit too far. So, if you first got onto your rent-seeking  in “hush, hush” circumstances, you’ve got to be a little cautious.

And that’s what some are claiming has got Eddie Obeid into the poo.

So now it’s the lawyers turn to dine out on rent-seeking. There ought to be a good six months in this one, eh boys?

I’m looking forward to the day when ALL rent-seeking is seen for what it is – thieving from the public.